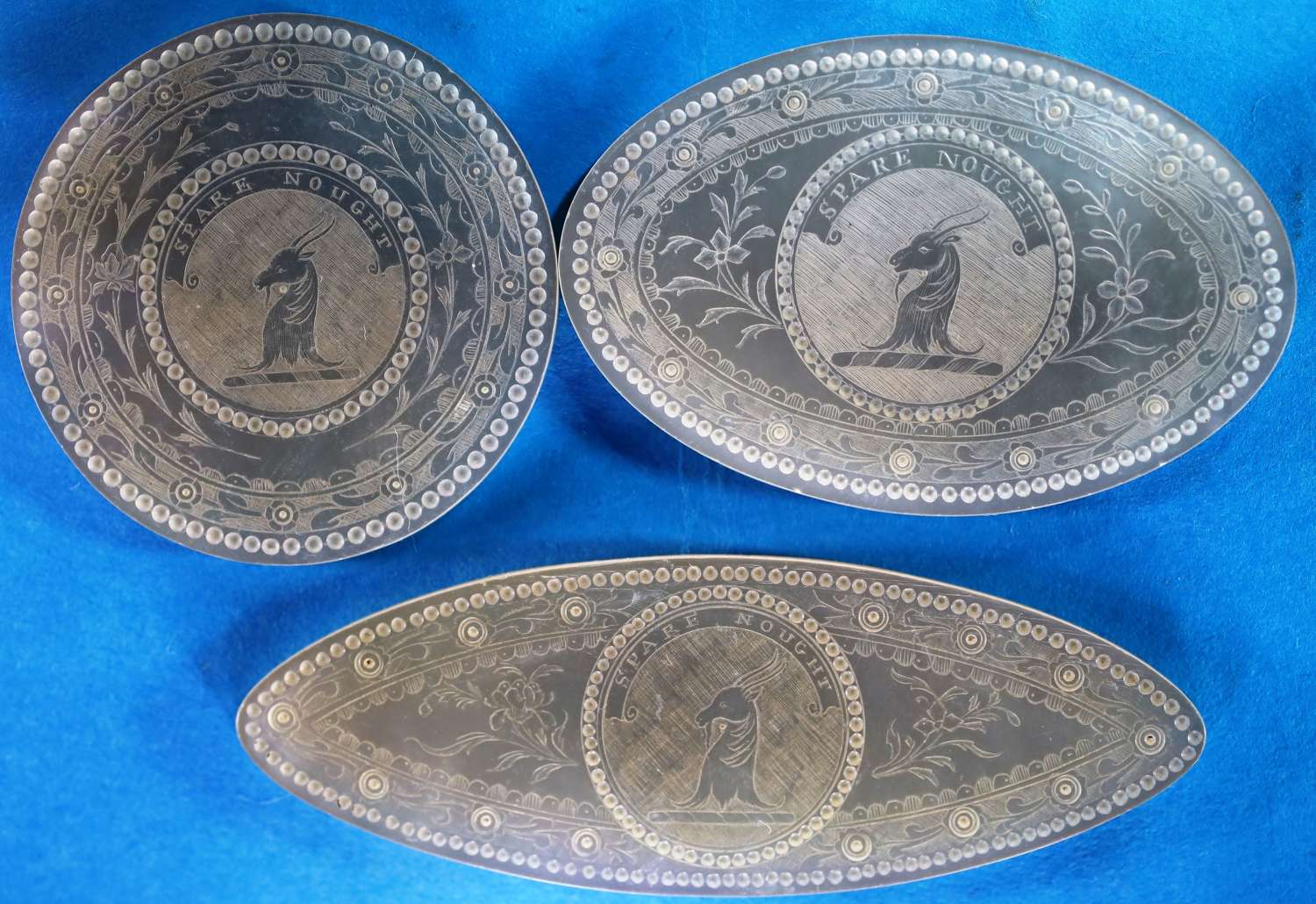 'Set' of counters for HAY - all with different monogram!

This is a very strange offering! Crest, motto and monogram for HAY. Apparently a 'set' of three shapes of counters with drilled border made circa 1810 - until you look at the revsrses and they all have a different monogram! The Hays had numerous sets of counters made; these probably come from three different orders, all placed at the same time. The double-drilled border denotes extra-good quality. 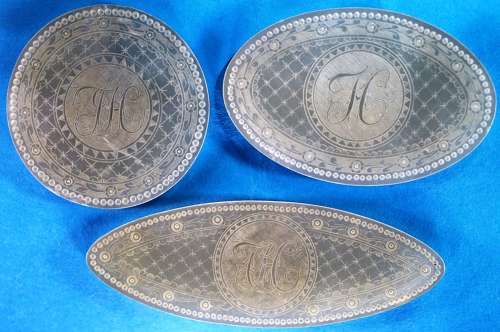