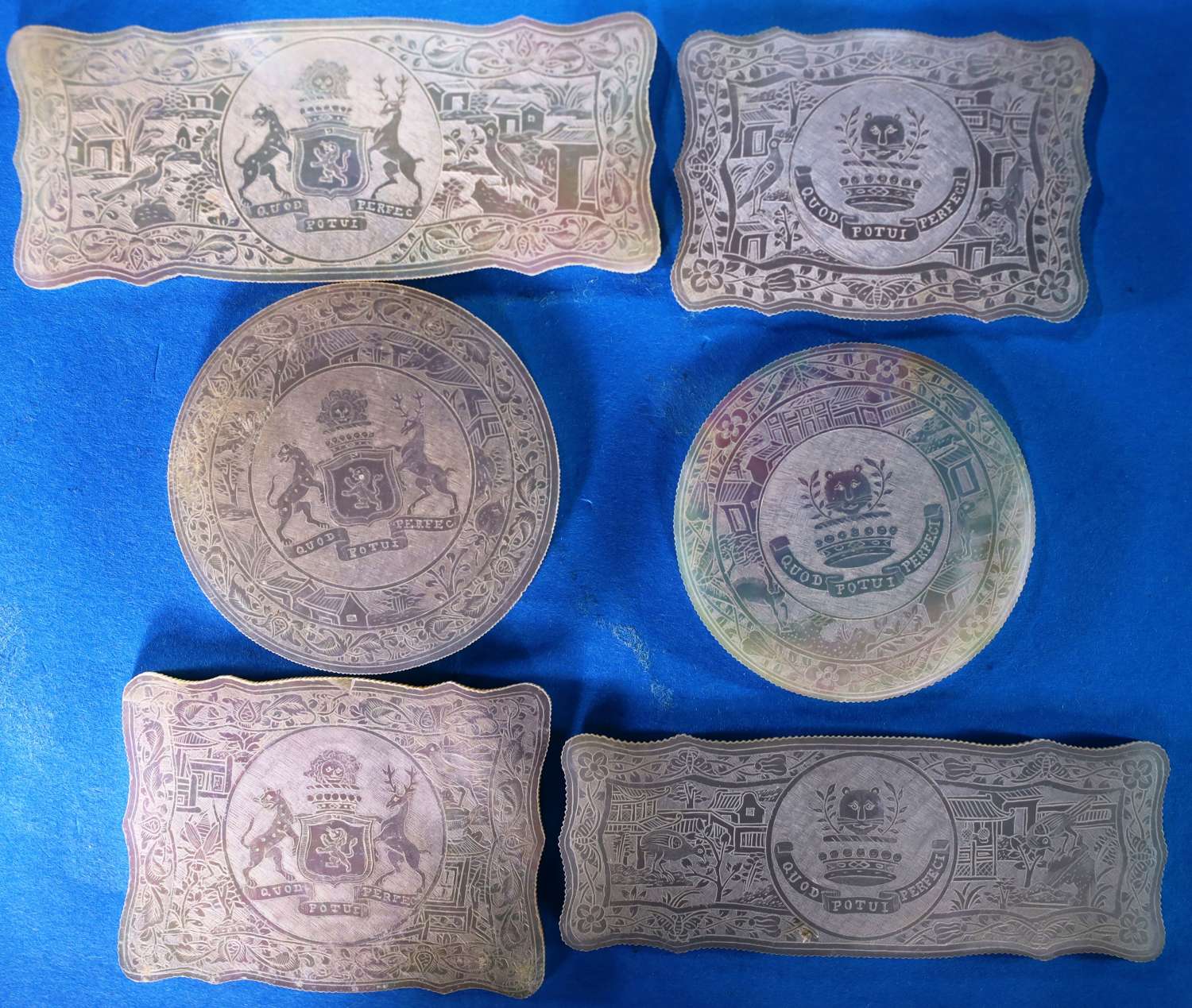 Only the rich could afford to order their own set of armorial counters from Canton; only the very rich could afford to order two sets: one for their main dwelling and another for a secondary home. And to do so with a very special size for at least one set was exceptional. But that was the case for Henry Dundas, 1st Viscount Melville. He was a distinguished politician and trusted  advisor to Prime Minister William Pitt. In around 1810 he ordered these two sets, each of three shapes. The larger set was a special order in size and quality and bore the full arms, crest, motto, coronet and supporters for Dundas; the smaller set was of equal quality bearing the crest, motto and coronet. The motto 'Quod potui perfeci' ( I have done what I could do - a reference to Shakespeare) has the last letter missing on the larger set of counters - ?a very interesting and unusual mistake? The sizes of the 'square' and long in the larger set were a very special non-standard order. The round in this set is the 'regular' large size of 4.2 cms.. The quality of the m-o-p and the artwork are both exceptional. They also combine the vine-and-moth border in vogue around 1810 with the earlier wavy-edge style -  once more an exceptional order. And top quality full scenes to the reverses. Henry Dundas was not a man who would be content with the ordinary.

I am able to offer several 'sets' of all six counters. This is SET 2. 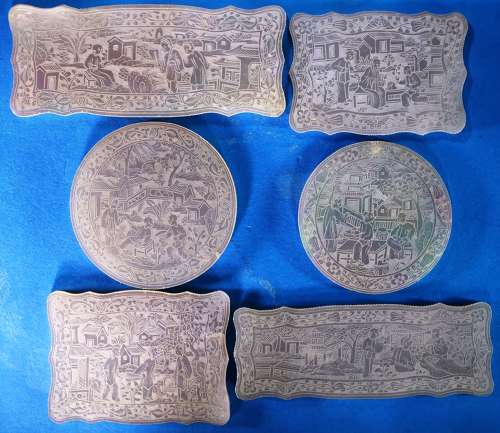 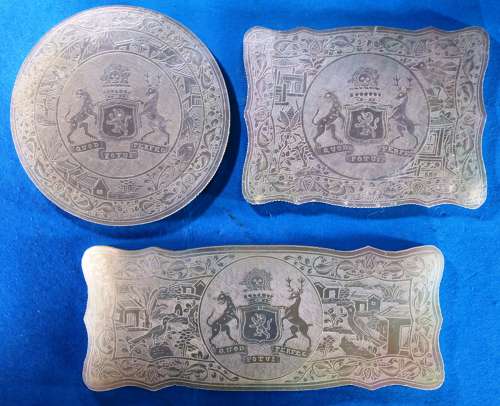 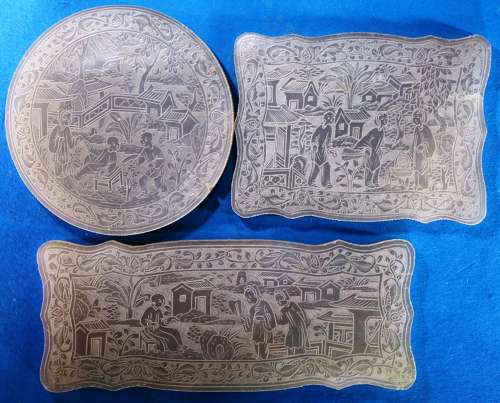 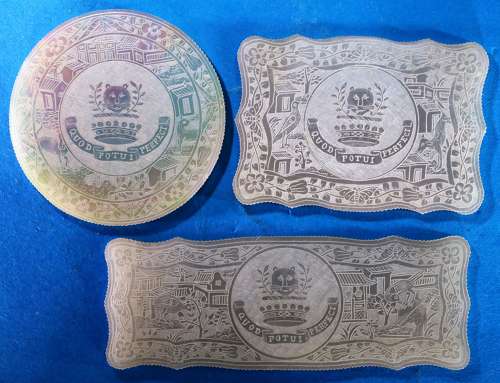 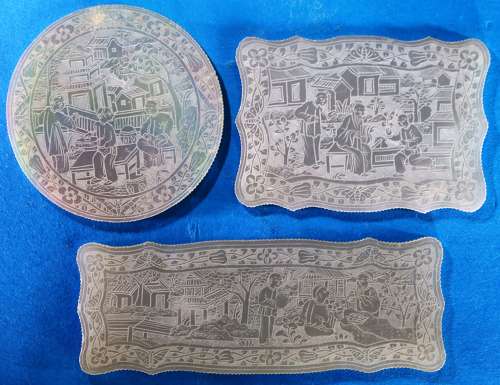 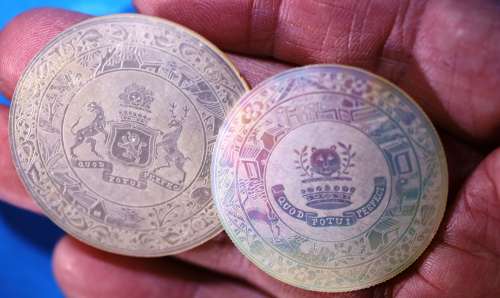 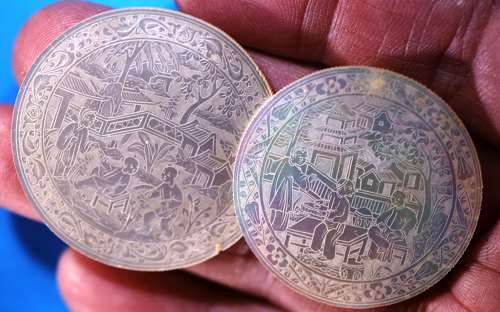