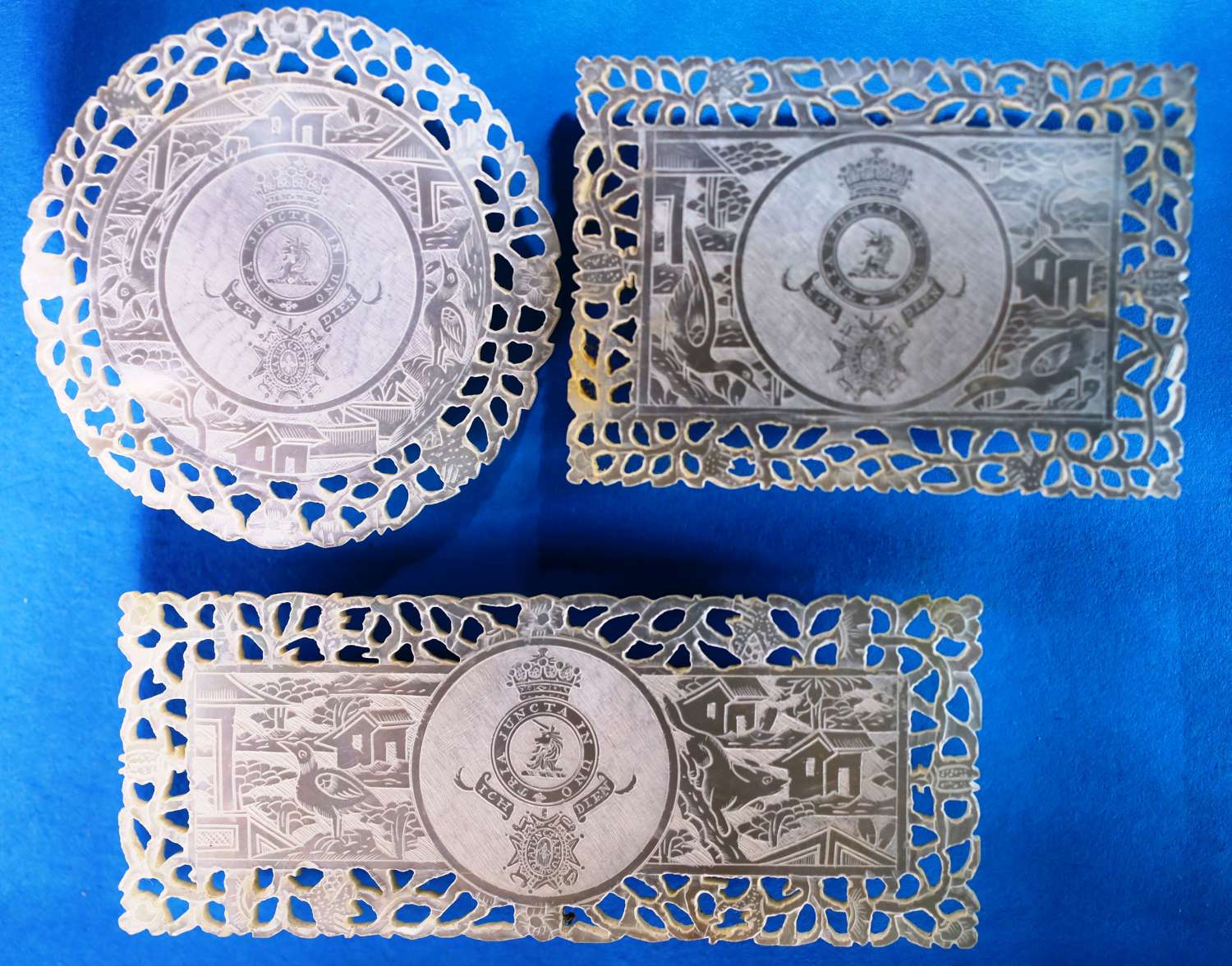 Set of all three shapes in this superb, large-size fretted set made circa 1820 for GEORGE RAMSAY 9th. EARL DALHOUSIE GCB. Dalhousie was a senior British Army Officer.  He was Governor of Nova Scotia from 1816 -1820, Governor-General of North America from 1820 to 1828 and then Commander-in-Chief in India until he retired from ill-health in 1832. The regalia of the order of the Bath is displayed on the counter with the mottoes Tria Juncta in Uno ( Three joined in One) and Ich Dien ( I serve). Large size counters with superb artwork to the reverse. 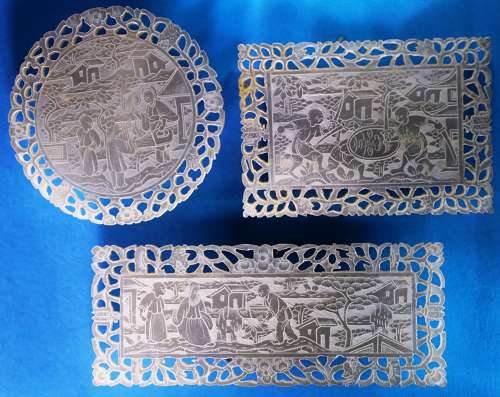 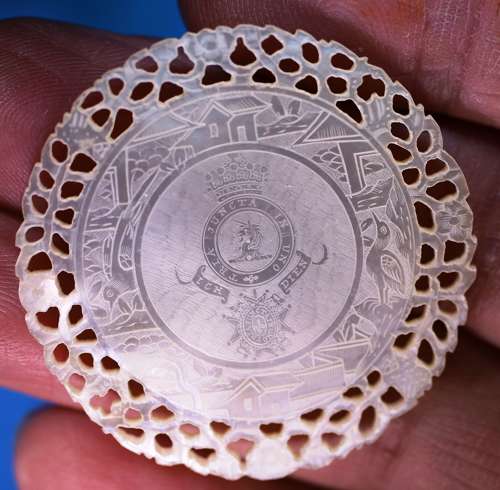