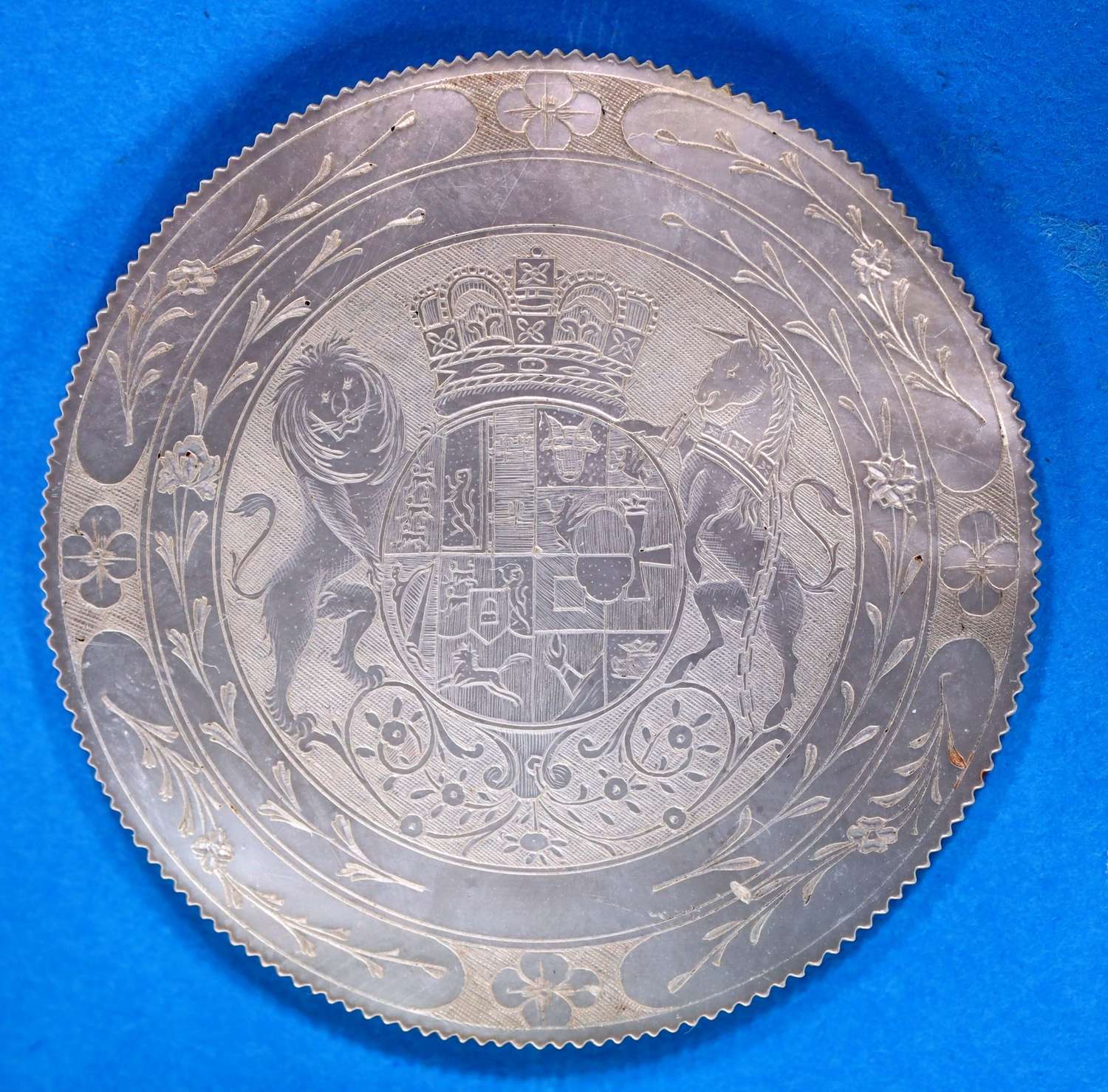 The counters made for Queen Charlotte, wife of King George III of England, are regarded by many as the ultimate counters. There are reports in the diaries of the ladies-in-waiting that the Queen played frequently ( and, at times, much to the annoyance of the King because she lost so much money!!). These counters were made in Canton in around 1785 and the border type is named in her honour. The counters bear the arms of England prior to 1805 impaling those of her family, Mecklenberg-Strelitz. To the reverse is the crown of the Queen of England with monogram CR - Charlotte Regina ( Latin: Queen Charlotte). Made of the best quality m-o-p as you would expect. There are examples of these counters in the Queen's collection at Windsor. It is reported that this was a double set of 280 counters which came onto the market at the Portobello Road in the 1960's and which was dispersed from there. 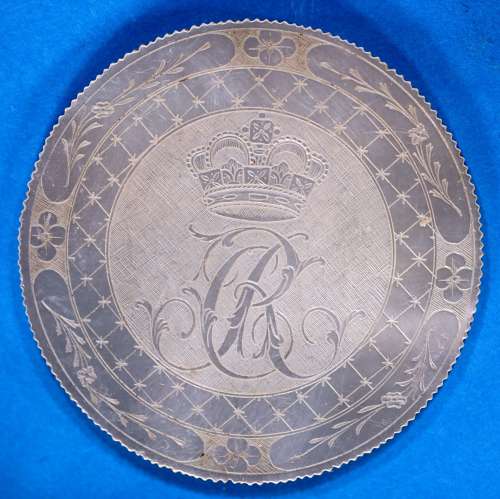