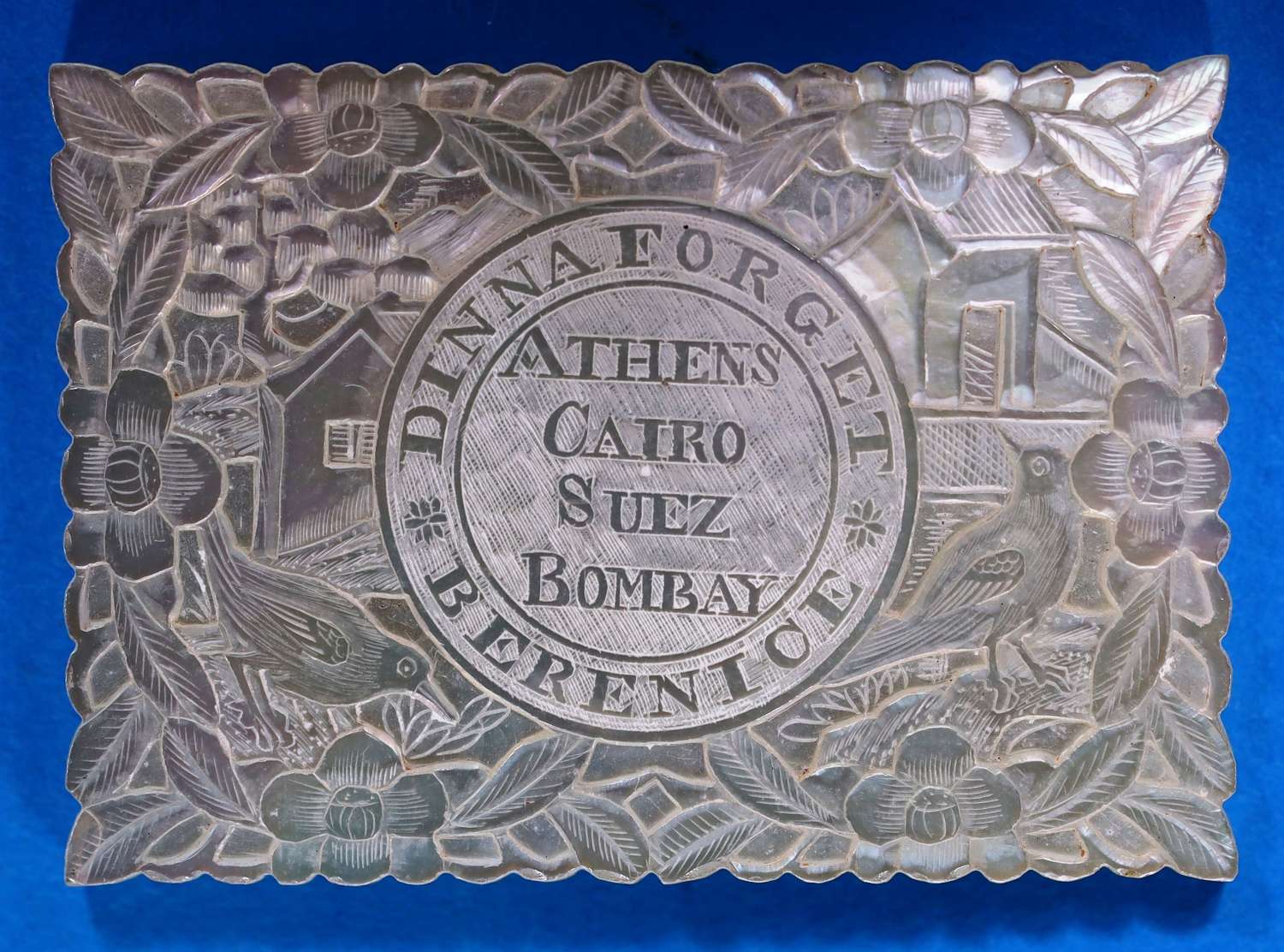 A superb deep-carved counter - that hides a wealth of mystery! It was originally associated with an ivory box which bore the crest os a head and shoulders for WILLOUGHBY. The counter has the monogram EW to the reverse. The reverse bears the inscription BERENICE   DINNA FORGET and the list of cities: ATHENS CAIRO SUEZ BOMBAY. The Berenice was an East India Company ocean-going steamboat which travelled from Egypt to India  carrying many East India Company officials. Several Willoughbys were involved with the East India Comapny at the time including a Major Edward Willoughby who died onboard in May 1841 at the Cape of Good Hope on the  journey back to Europe; in addition another Willoughby is recorded as captain of the Berenice and among the passengers was a Mrs Willoughby and her two daughters who travelled to Bombay in 1841. As many of the eligible young men at the time were working for the Company in India, many families took their daughters to India to find suitable marriage partners. These are clues to the inscriptions on the counters; was this counter commissioned as a memorial to the Major by his family? Was it his family who travelled on the Berenice in that year? Was the counter actually ordered by the Major himself? Dinna forget? All-in-all an intriguing counter, packed with history. 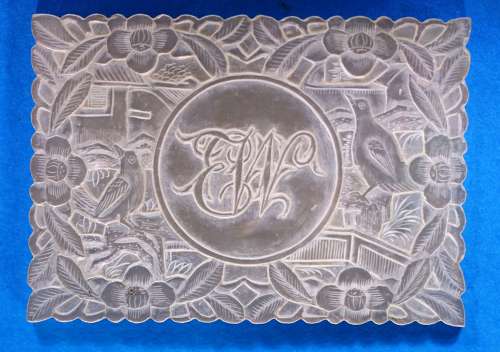