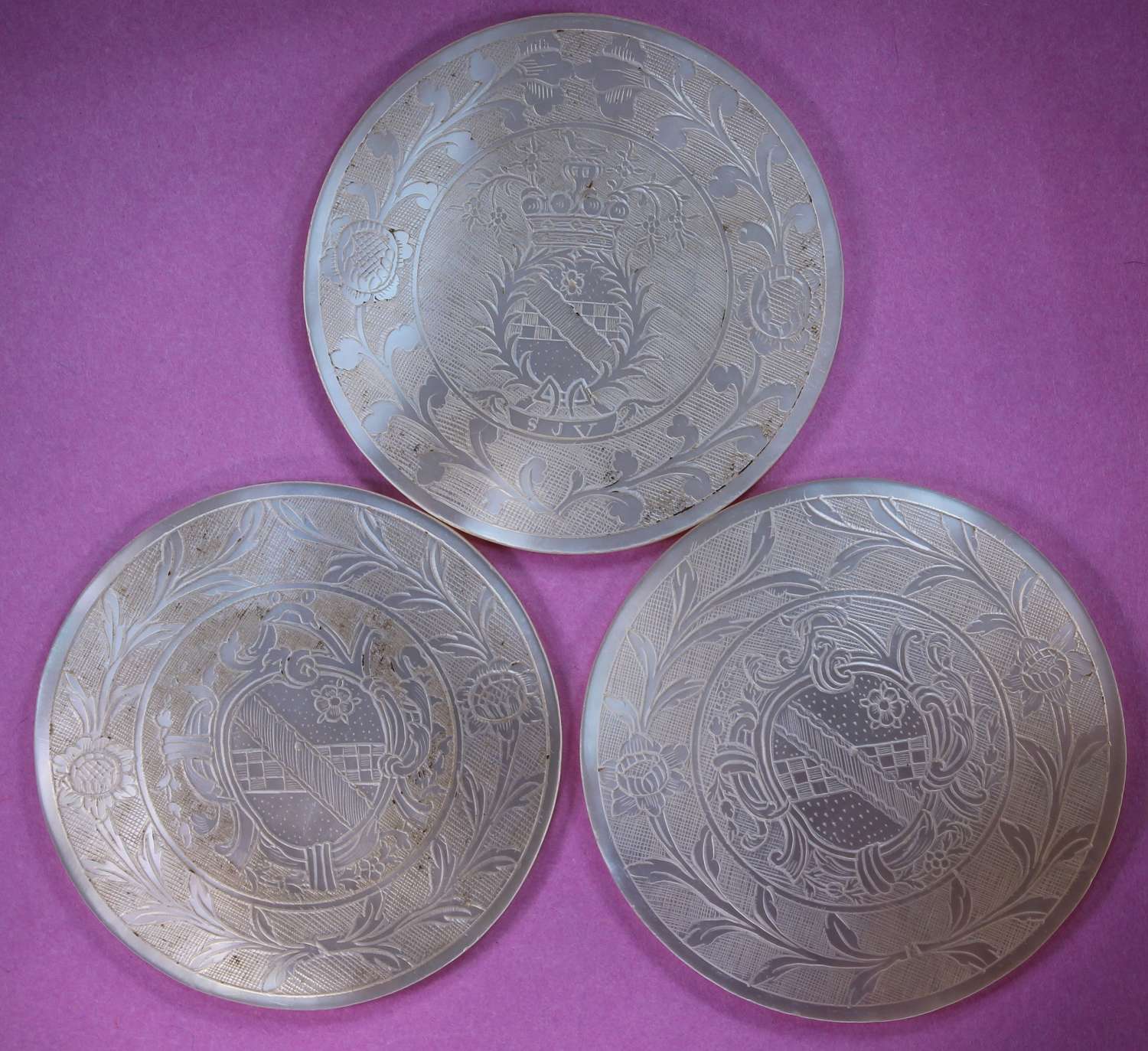 Made for the STEWART family - Baron Blantyre and his two sons

It was thje height of fashion to have a set of counters made in canton in around 1770 - and very expensive. Add to this that you also had to be very patient - waiting at least two years perhaps three for your set to arrive back in London. If you wre very rich you also had a set of porcelain.  Now STEWART,  BARON BLANTYRE  didn't do things by half. He ordered his own set and service AND sets for his two soms Alexander and Charles. AND porcleain services for them too. Now that is special!  Here are counters from the three sets. Baron Blantyre with full arms and crest, monogram B and motto shortened to SJV ( Sola juvat virtus - Virtue alone prevails); Charles with full arms, crest and motto and cryptic monogram CS ( Charles Stewart) and AS (Alexander Stewart). Three sets! That was a real show of wealth. 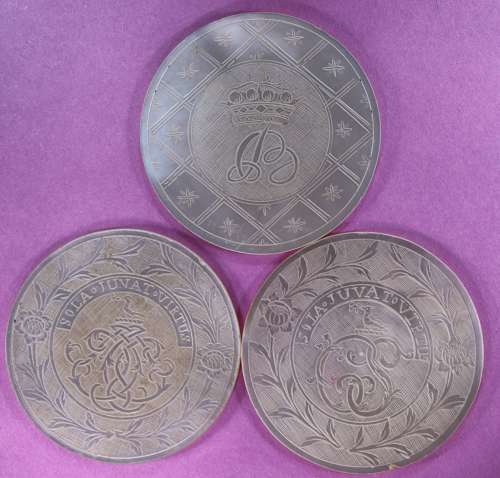