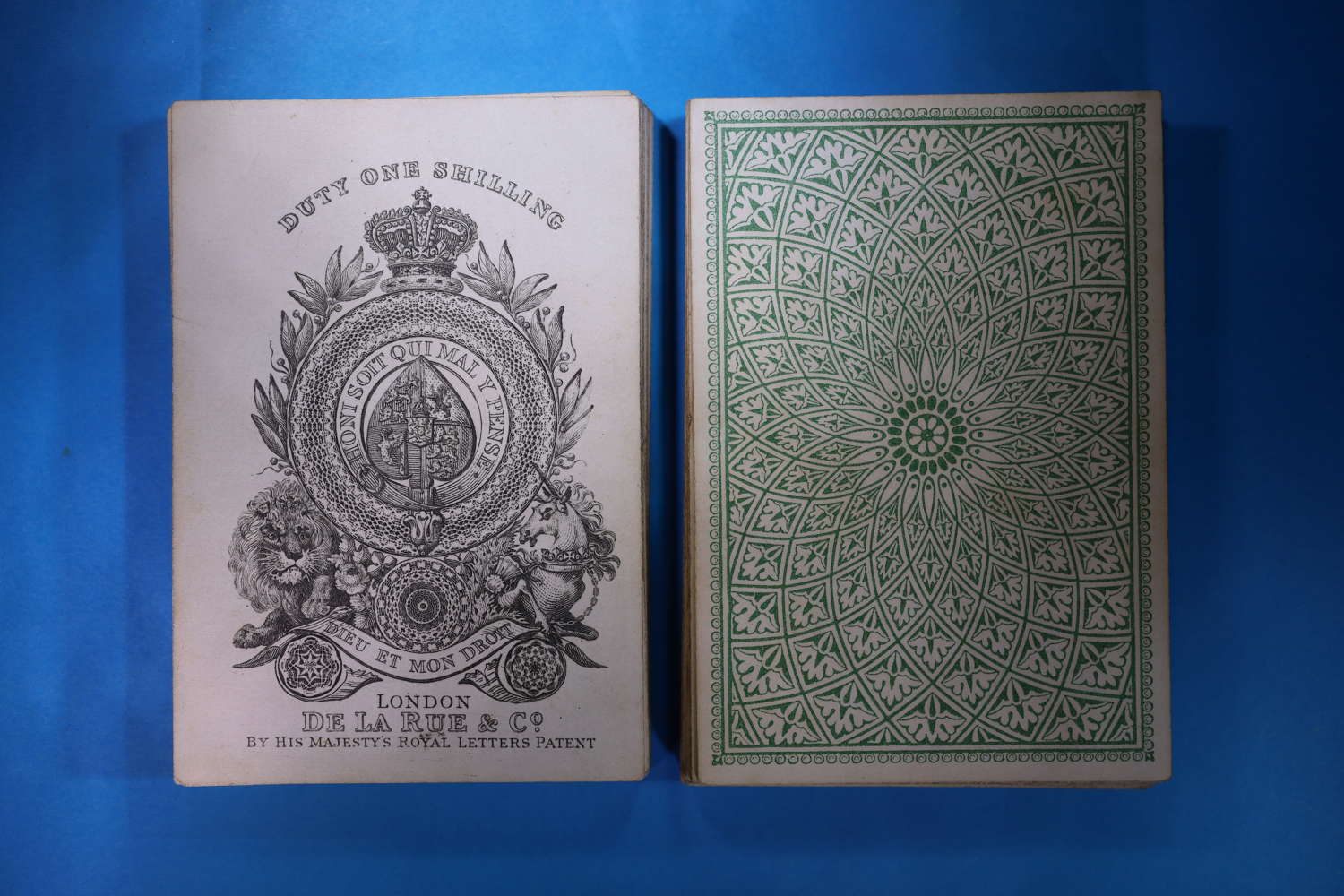 Full deck of 52 antique playing cards made by De La Rue circa 1850. Square corners (they were produced  rounded at a later date). No indices (numbers printed on the card) or abbreviations (K,Q,J) for the court cards. The duty ace, which shows duty of 'One Shilling', displays the maker's name and is an indication that the cards were ( heavily) taxed by the government and non-payment of the tax was punishable by death. Double-ended cards (the King Queen and Jack were produced so that they could be held in either direction). This deck of cards is virtually unused. Reverses with green radiating pattern. 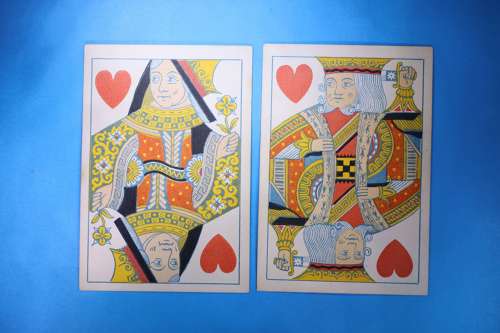 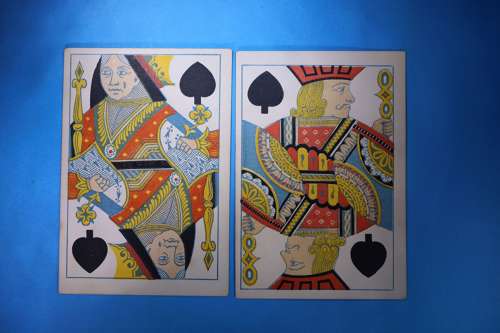 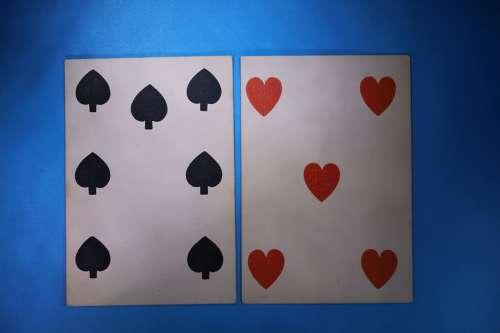 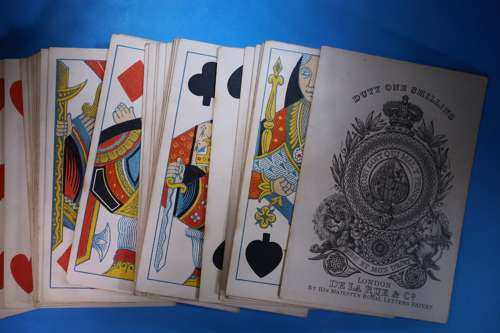 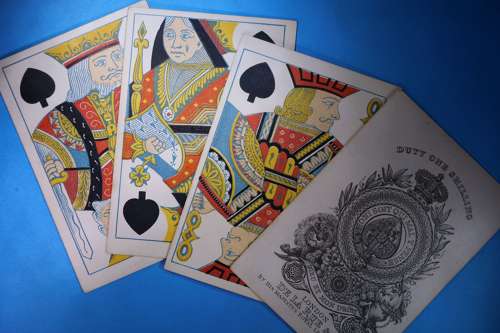 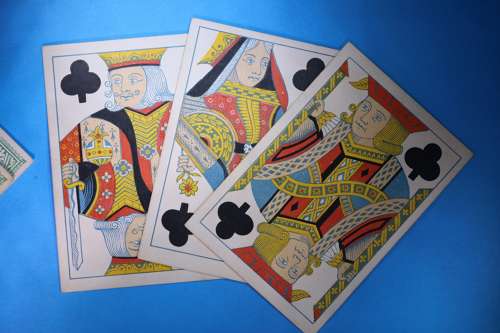 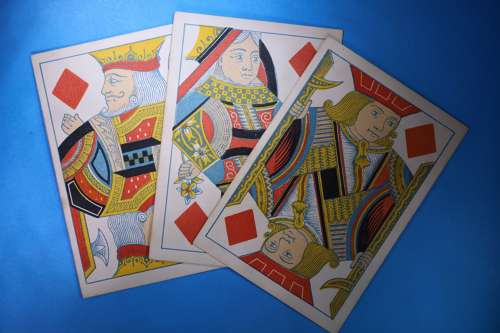 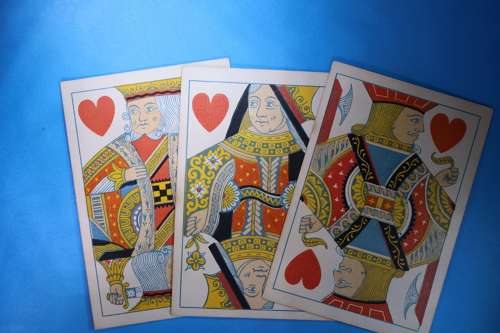