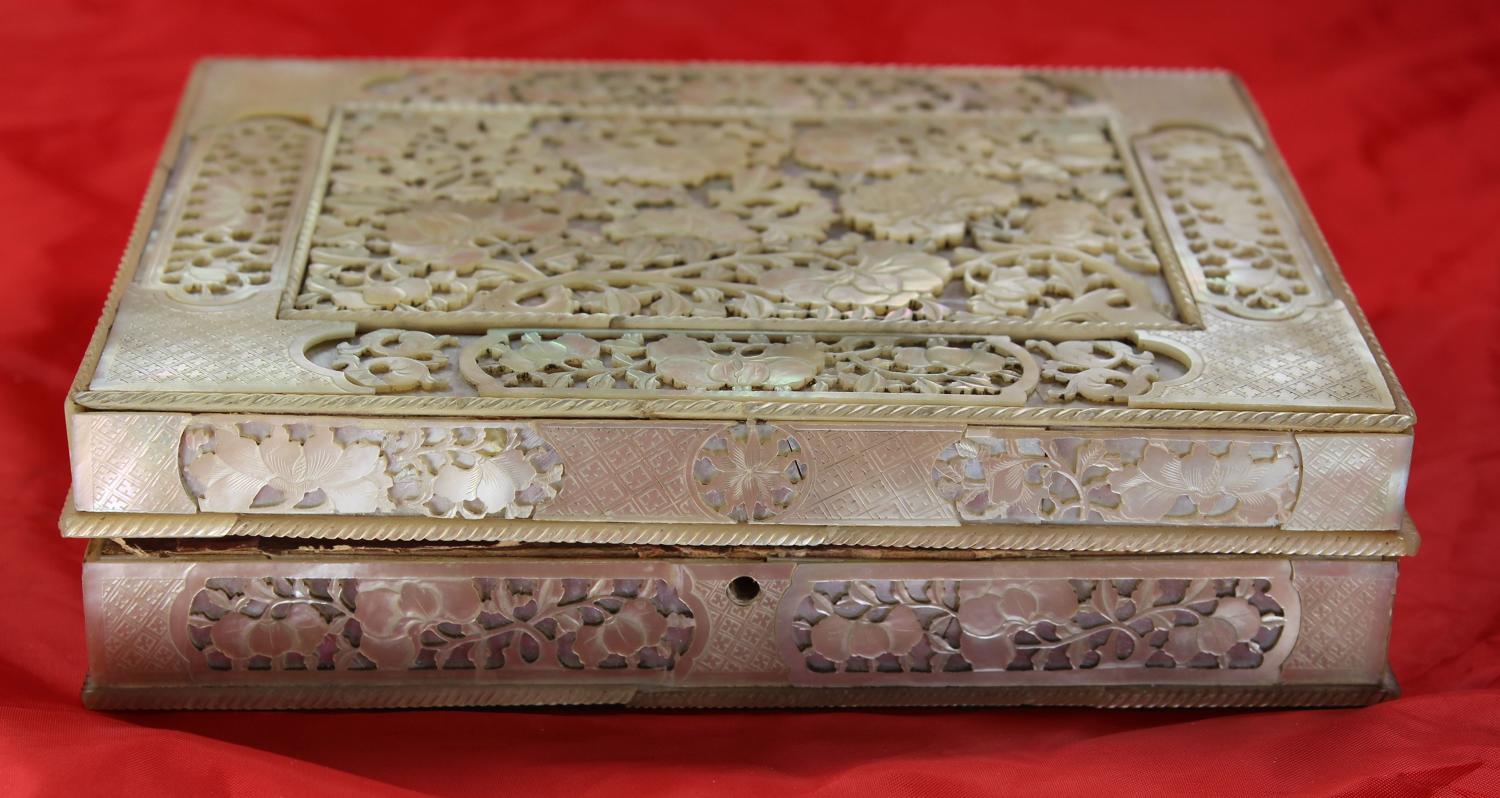 Rare 18th. century Chinese mother-of-pearl box with four interior boxes, made circa 1770. Beautifully decorated lid with peonies and foliage. The interior boxes are very interesting and important as they have the Valentines pattern to the lid which enables the date of 1770 to be quite precise as this pattern was used in full only for a short time in Canton - when Commodore Anson's men saved Canton from a fire which would otherwise have decimated the city; he was given an armorial service in gratitude, designed by the resident artist on his ship; and that design became known as the Valentines pattern, with symbolic references to loved-ones many miles away in Europe as they continued their years-long round-the-globe journey. This pattern - repeated on the counters in the boxes - was the origin of the billing-birds design used on many thousands ( hundreds of thousands) of non-armorial gaming counters which show just the two 'billing' doves. 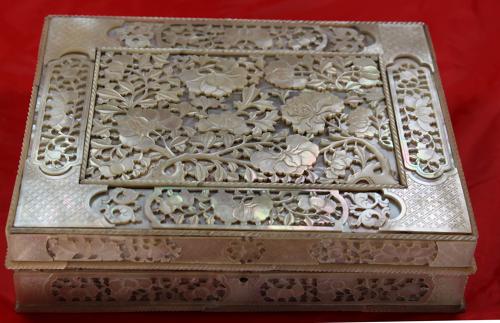 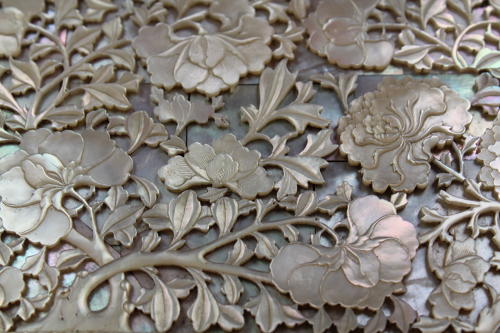 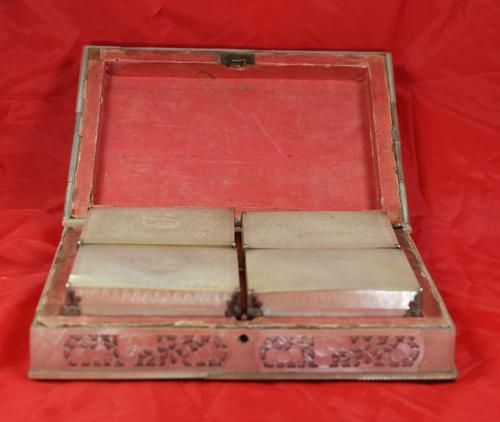 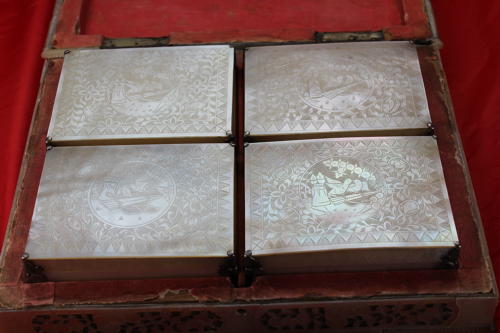 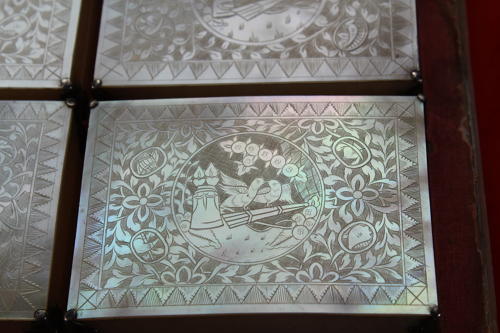 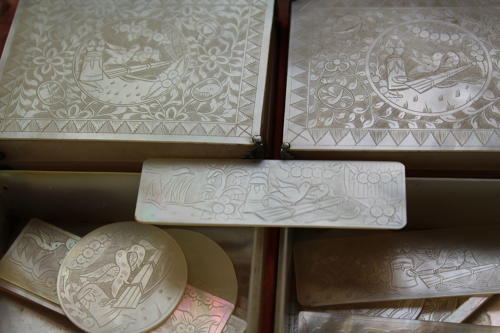 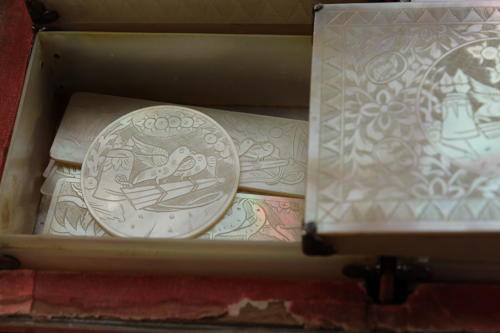 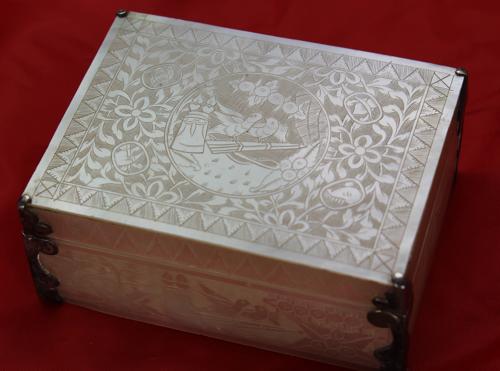 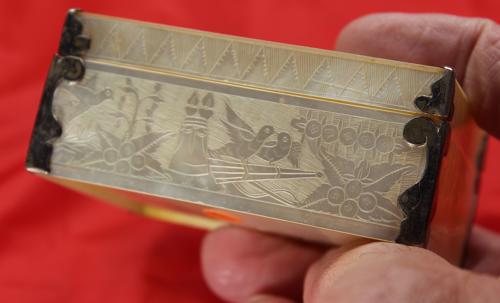