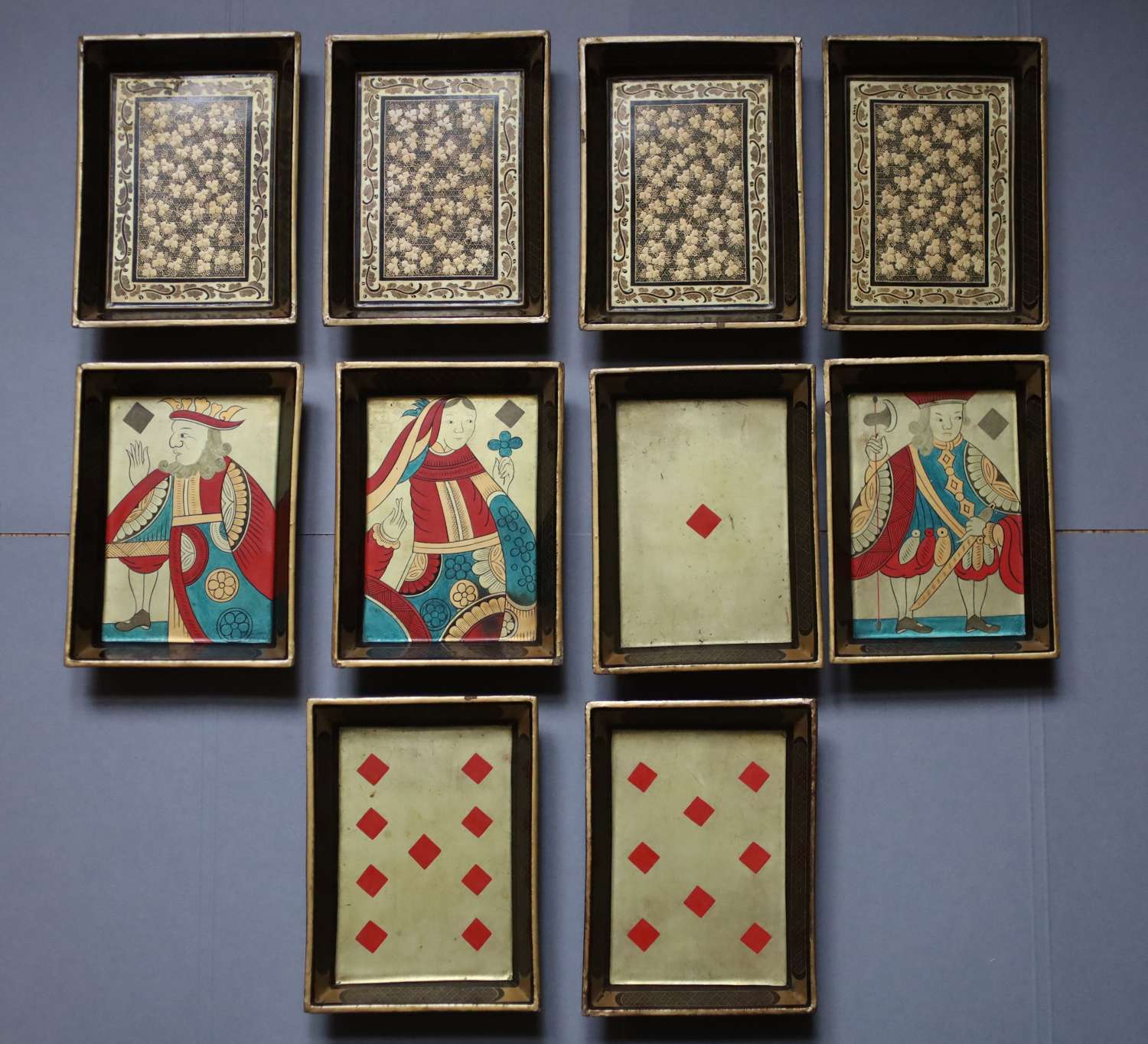 A superb set of ten Pope Joan trays / boodle trays made in Canton circa 1800 from lacquered and gilded wood.  These were often included in Chinese games boxes of the time and were made for the very popular card game of Pope Joan ( nain jaune). They include copies of late 18C English playing cards - the jack queen and king as well as the ace of diamonds etc.. The trays with the beautifully gilded pattern of leaves etc were made one for each player to hold his or her gaming counters; they then placed bets on the boodle trays with the pictures of cards. 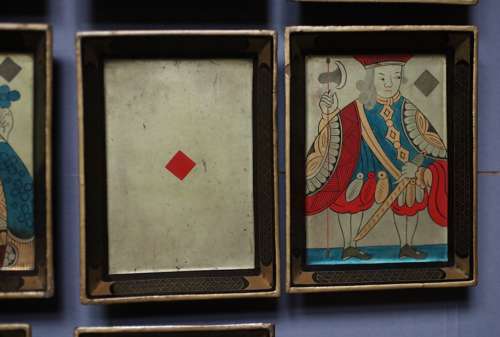 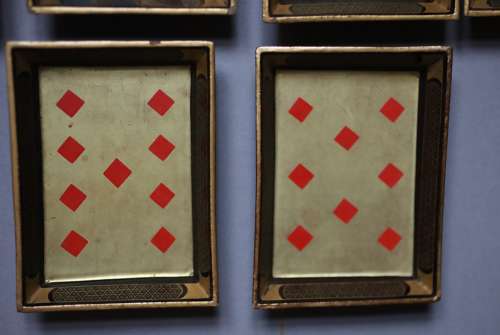 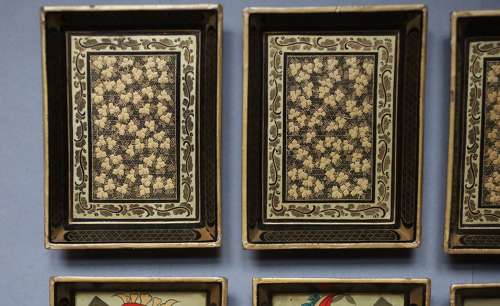 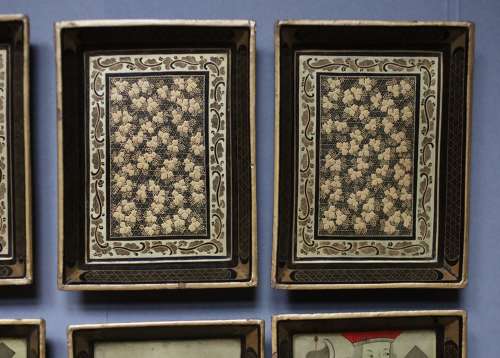 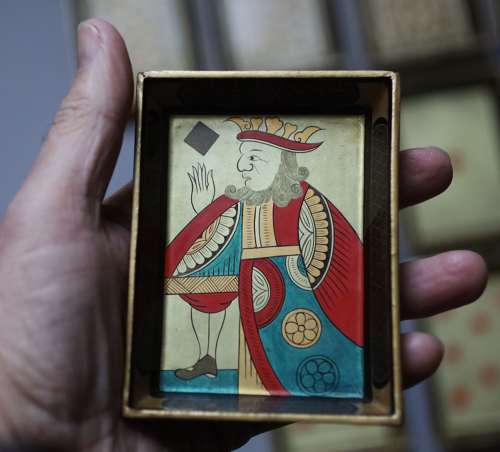