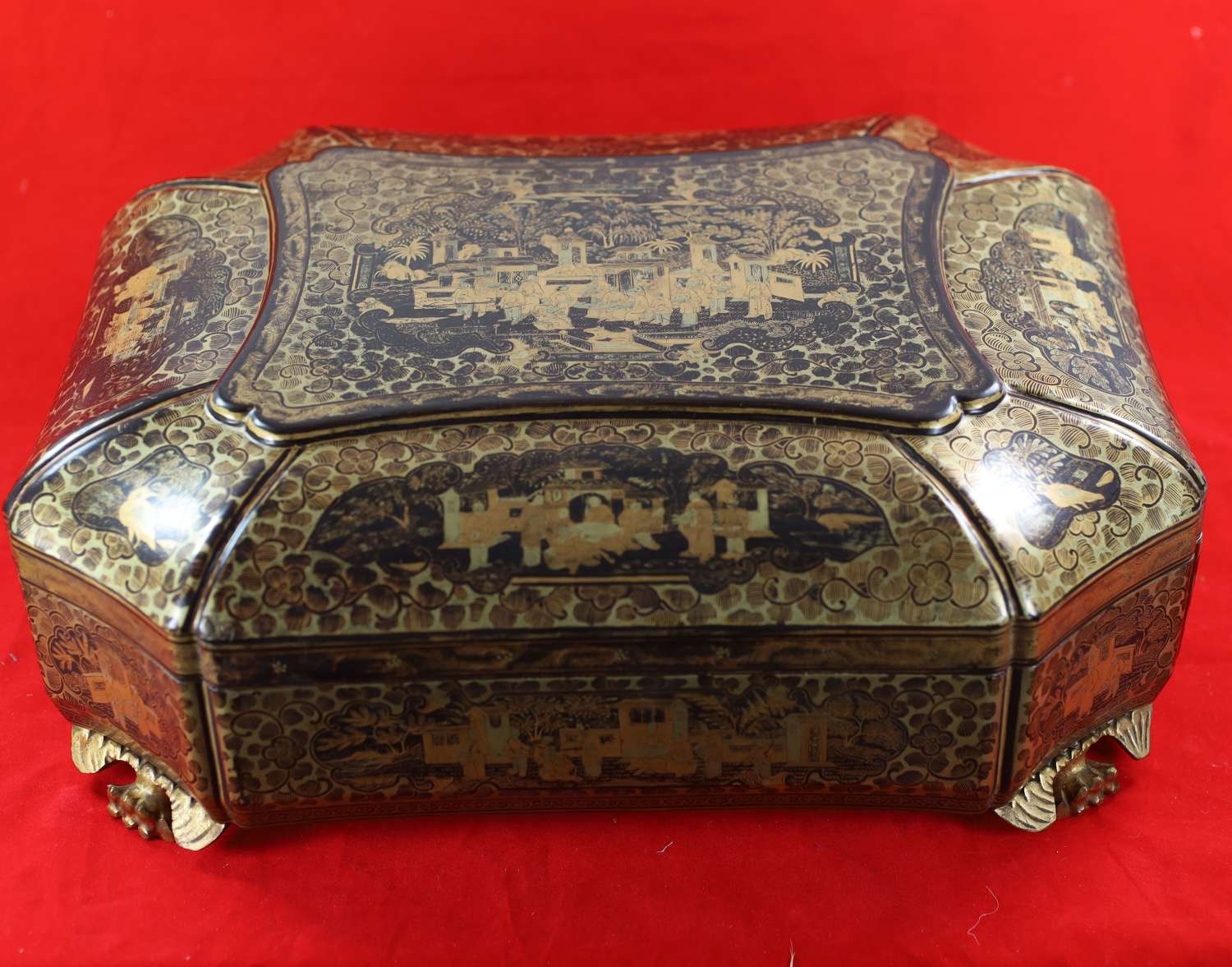 Superb late 18C /early 19C Chinese lacquer games box with brilliant gilding and raised on lion's paw feet. The superbly decorated contoured lid lifts off to reveal a stunning interior, comprising seven lidded boxes and a set of twelve gilded cards trays in the 'early' style. The twelve card trays were designed specifically for the Regency card game of Pope Joan: four trays gilded with more Chinese scenes and eight 'boodle' trays with representations of early playing cards : King, Queen , Knave, Matrimony, Intrigue, Game, 9 of diamonds, ace of diamonds; these were the trays on which players place bets at the start of each game. In addition, two contemporary 'Bezique' decks of English playing cards: these comprised 32 cards each in total from the ace, King, Queen etc. down to the seven in each suit; these cards were produced before anyone had the idea of putting the number in the corners of the card.. And 100 Chinese mother-of-pearl gaming counters. This box is worthy of a place in amuseum! 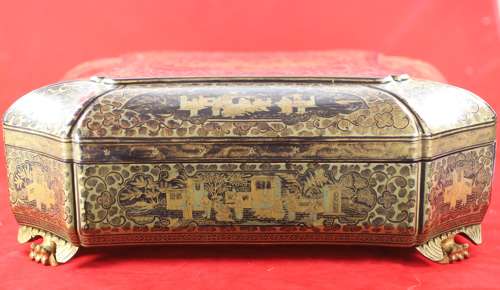 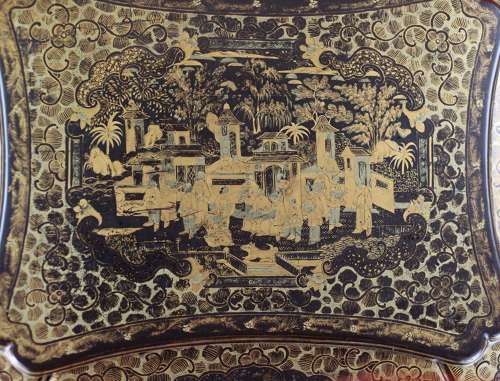 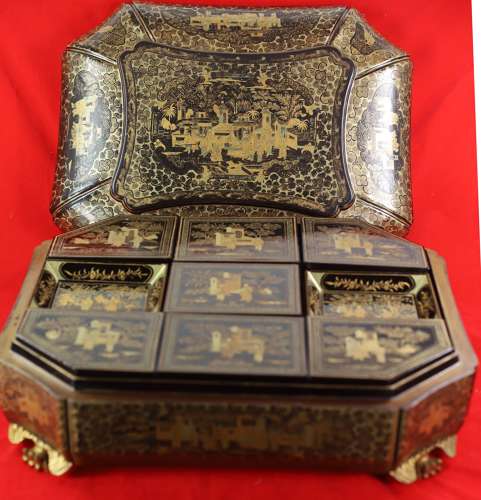 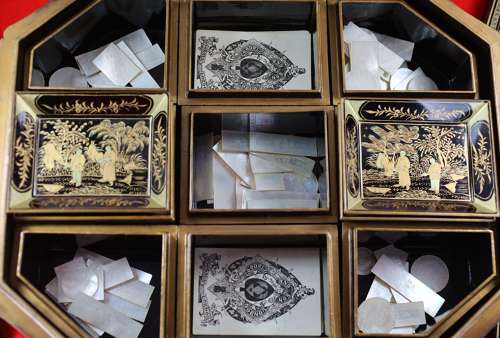 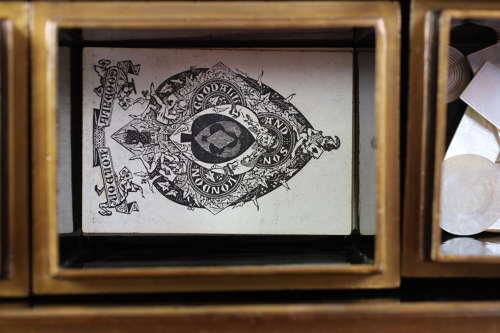 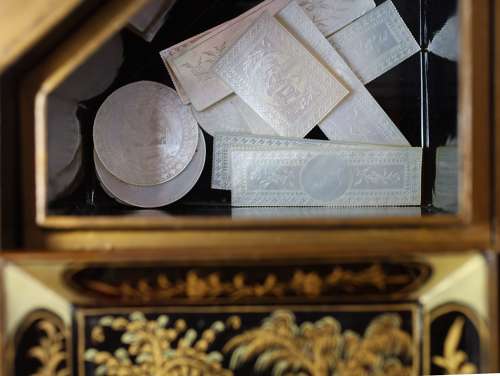 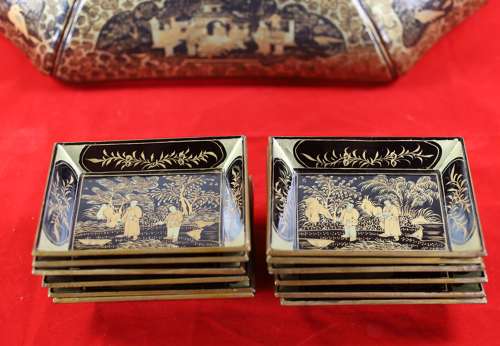 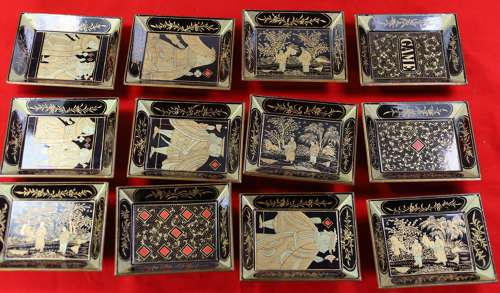