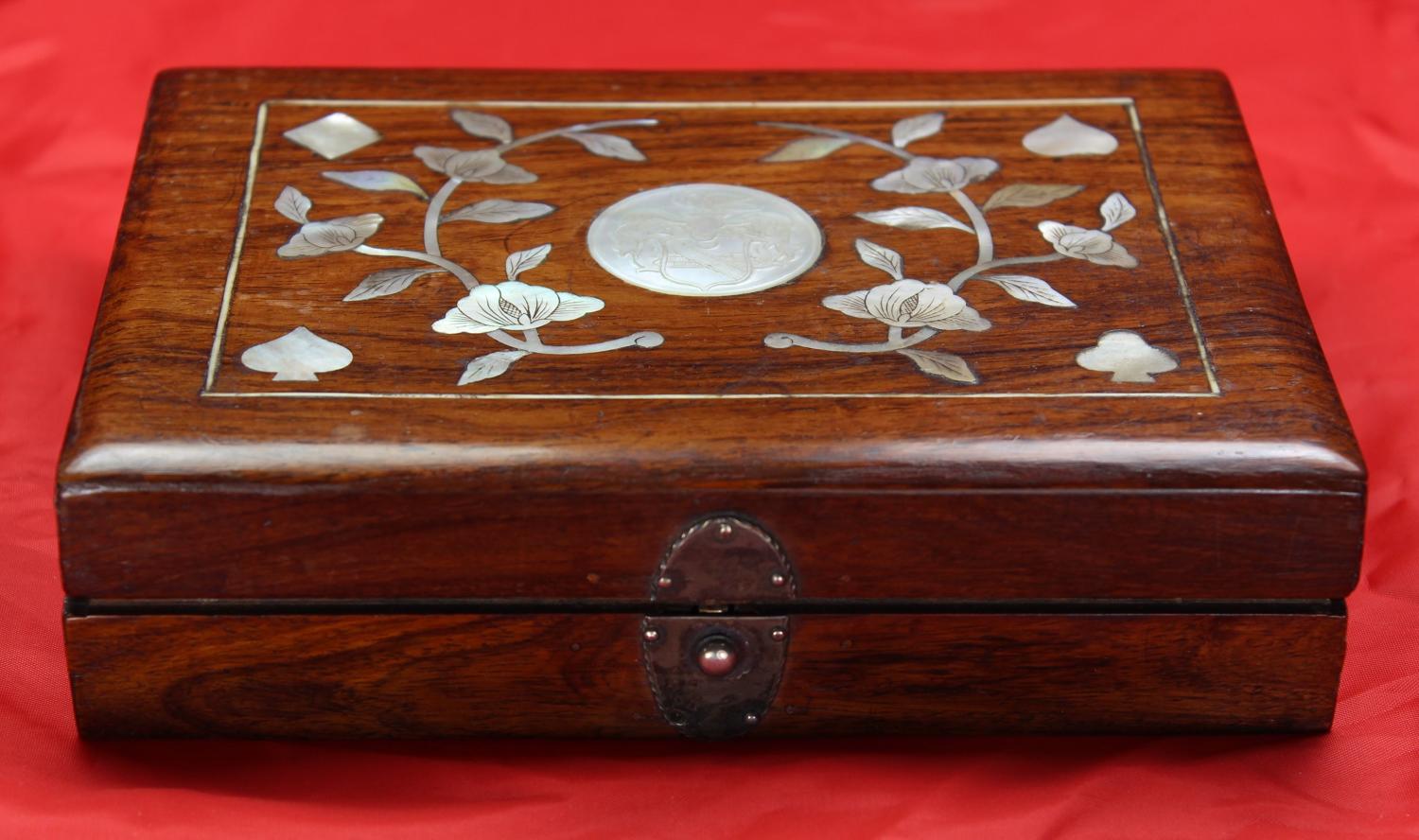 Wood and m-o-p armorial box and counters for STEWART

Rare armorial wooden box with four interior m-o-p armorial boxes made for STEWART. The armorial counters - including rare armorial fishes and two shapes of counters - were made circa 1770. The fishes have only the crest of a pelican 'vulning' - feeding her young with her own blood - symbolic of maternal self-sacrifice - while the other counters have the full arms and crest. The box is inlaid with mother-of-pearl and has the armorial to the center; it also has the four card suits to the corners. 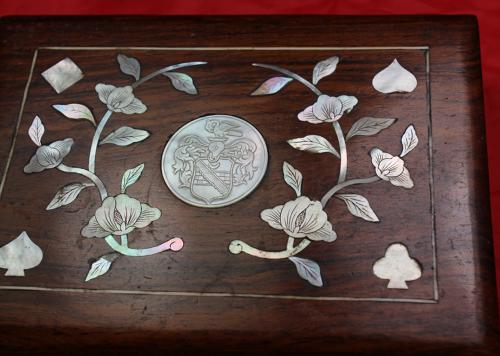 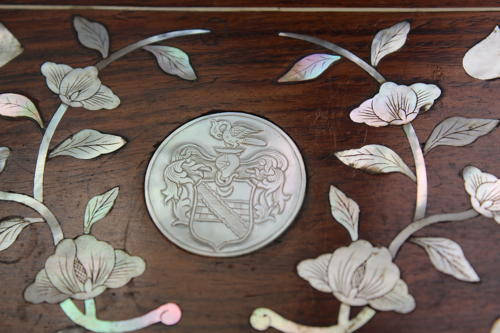 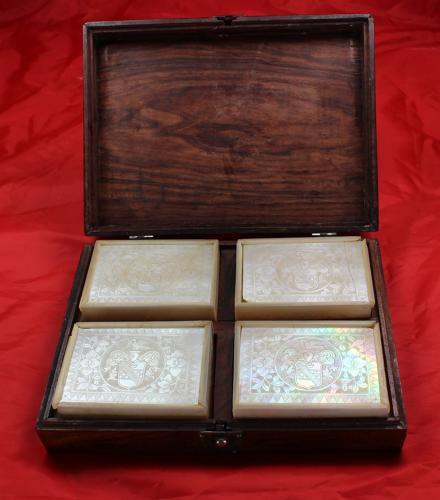 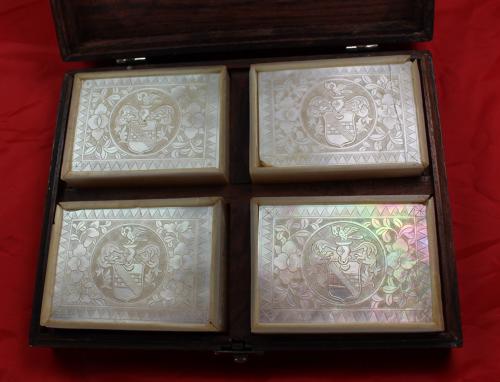 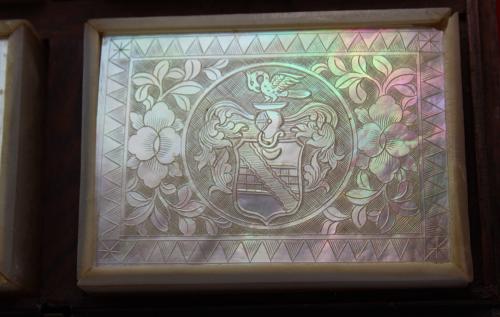 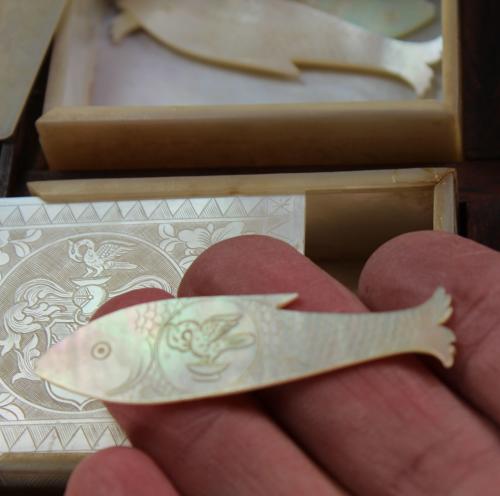 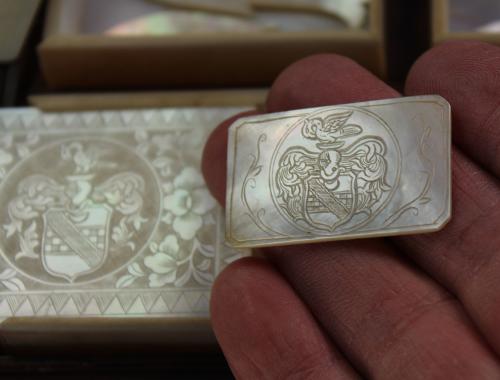 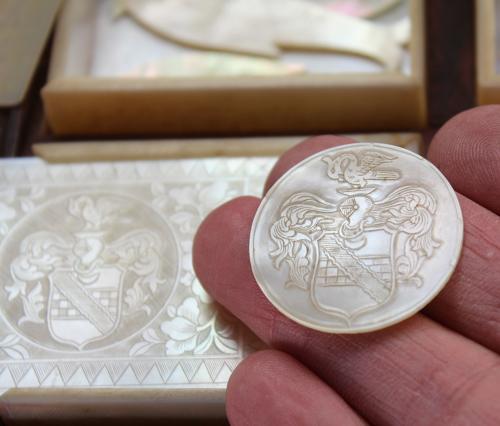 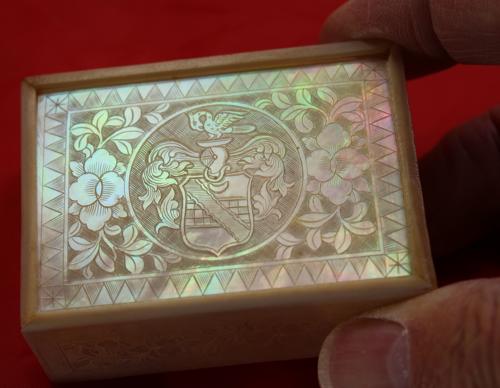