During the wars against Napoleon French prisoners of war captured by the English -  if they were lucky  - were housed in hulk boats and were allowed to use scrap pork bones from the kitchens to make items for sale to the local people in order to keep them occupied - some were there for up to 15 years! This beautiful games box is one of those items. It has a hinged lid, very well decorated and cribbage ( a card game) scoring panels to the sides. Inside  is a set of doinmoes ( probably incomplete now). I believe that this box would i=originally be raised on legs which have been shortened.

Please enquire for further condition and for shipping cost - local shipping in the UK is included. 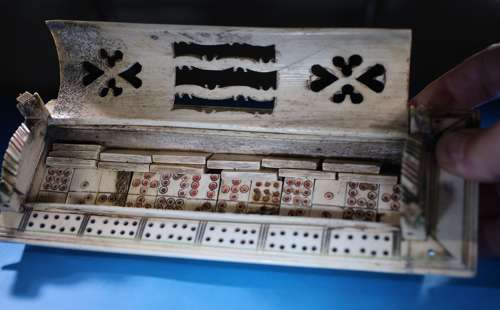 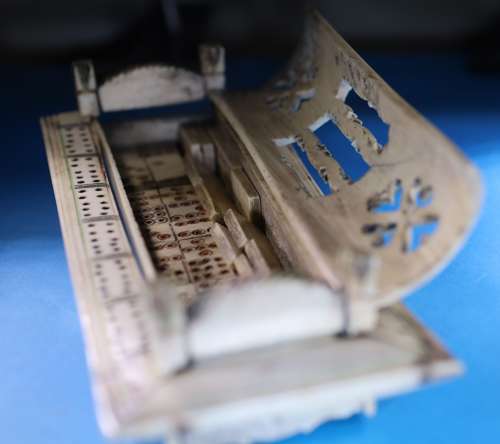 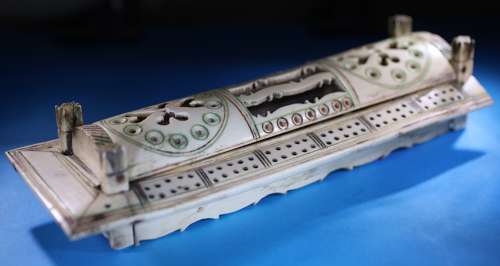 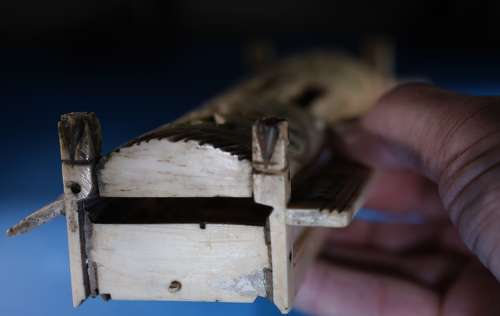 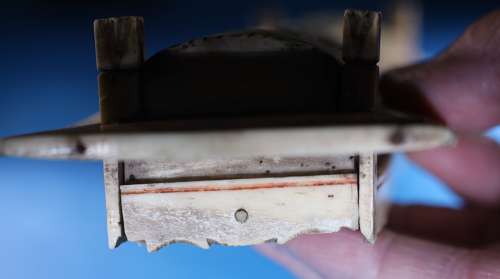