Armorial box and 100 counters for BONHAM


Armorial box circa 1770 with 100 counters with crest and monogram HB for the M.P. Henry Bonham of Titness  Park, Berks. His brother George Bonham was a Supercargo and then captain at Canton several times and it is likely that he carried the order  for him. George died in a typhoon in the South China Sea. The Bonham family had numerous links with the East India Company and ordered two armorial porcelain services at around this time, as recorded in Chinese Armorial Porcleain ( D.S. Howard) Vol. I pages 345 and 617. 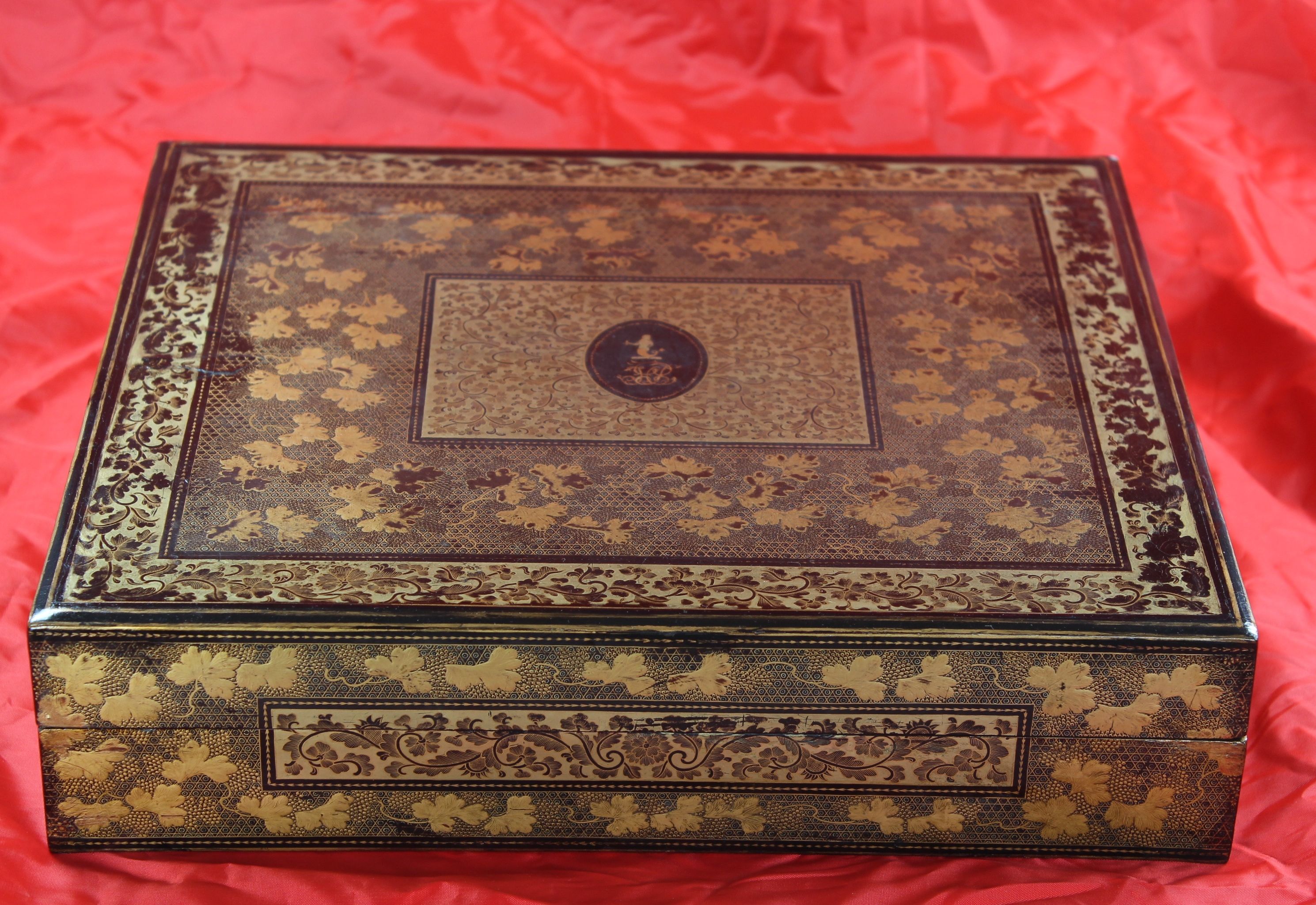 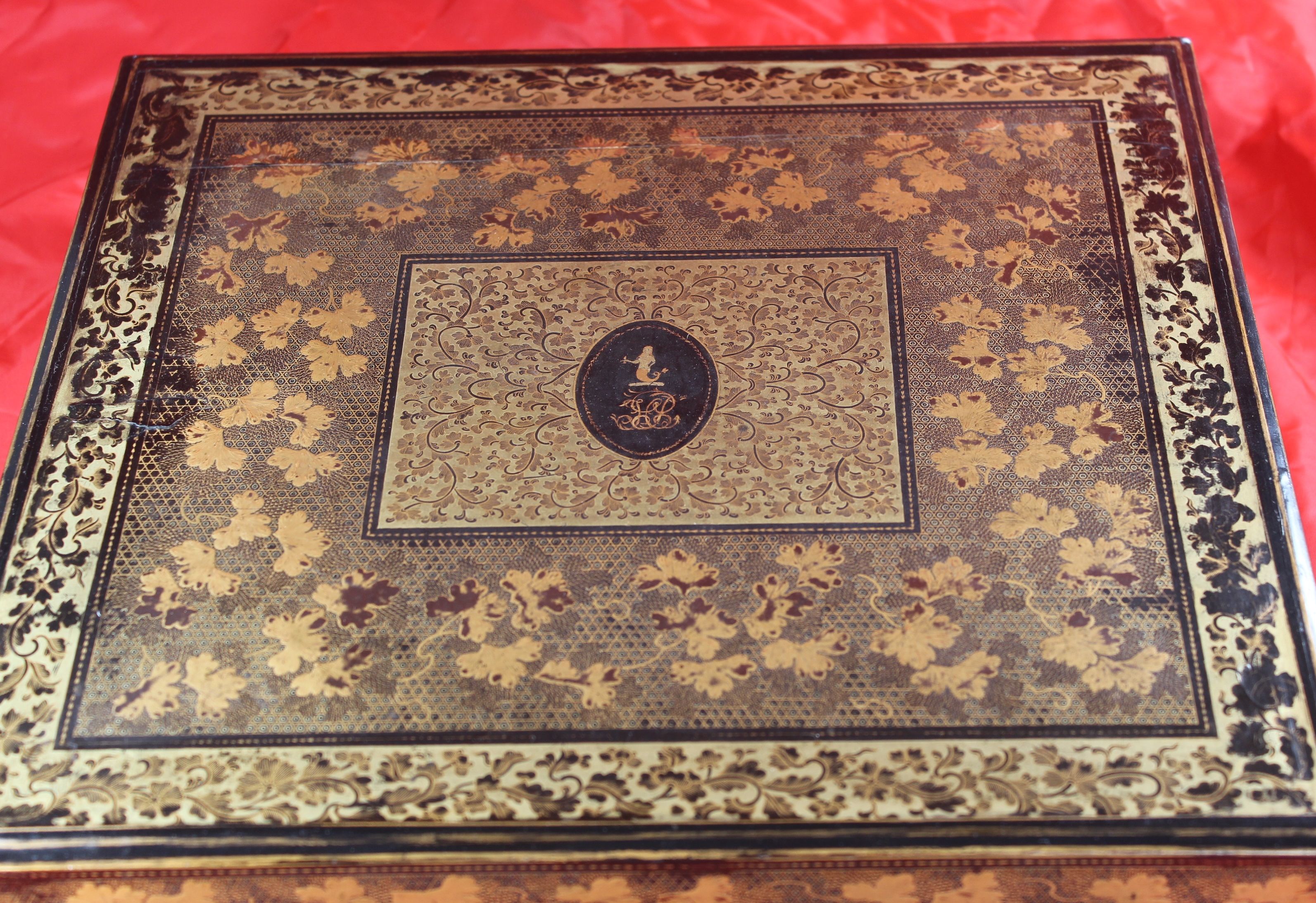 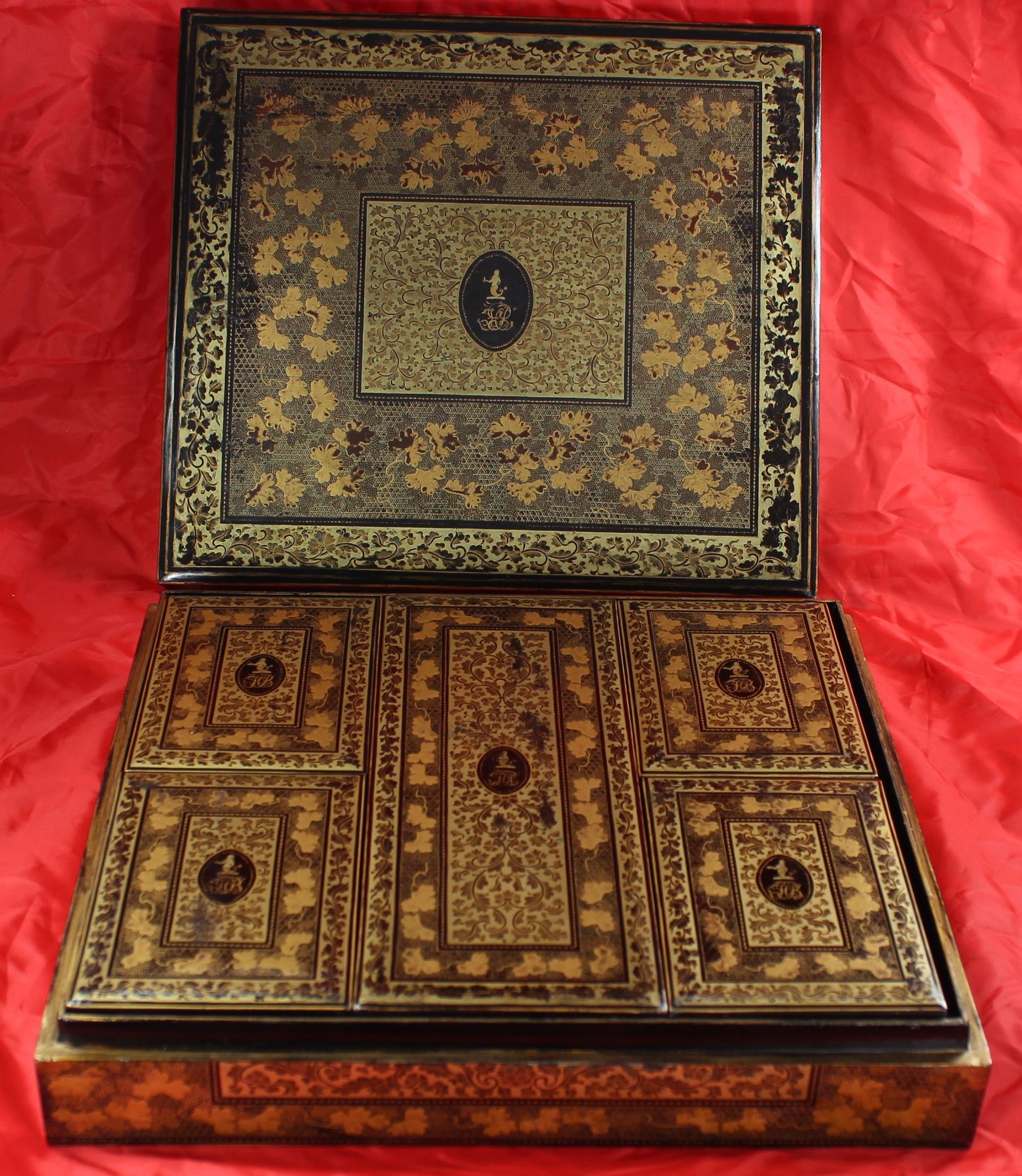 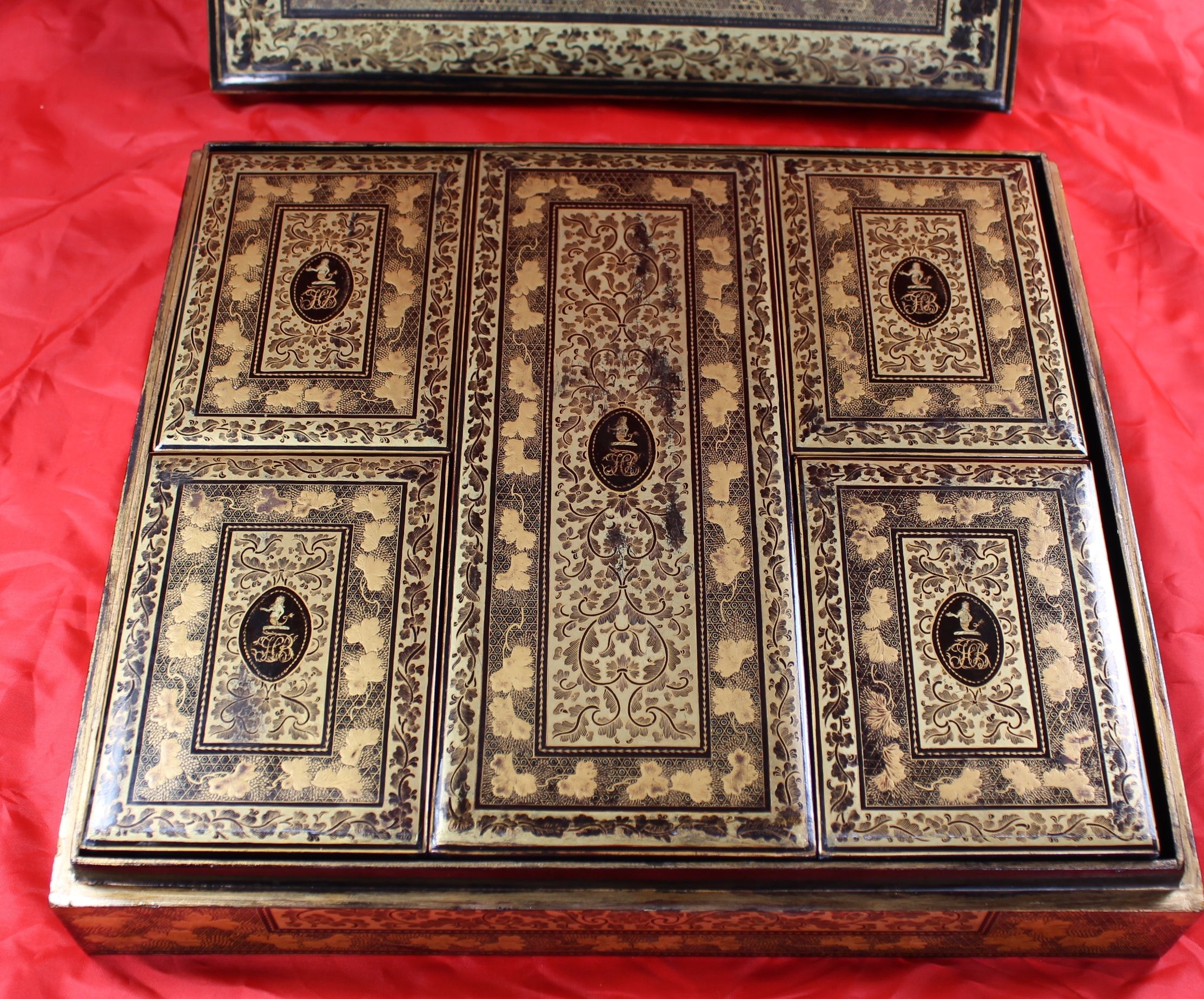 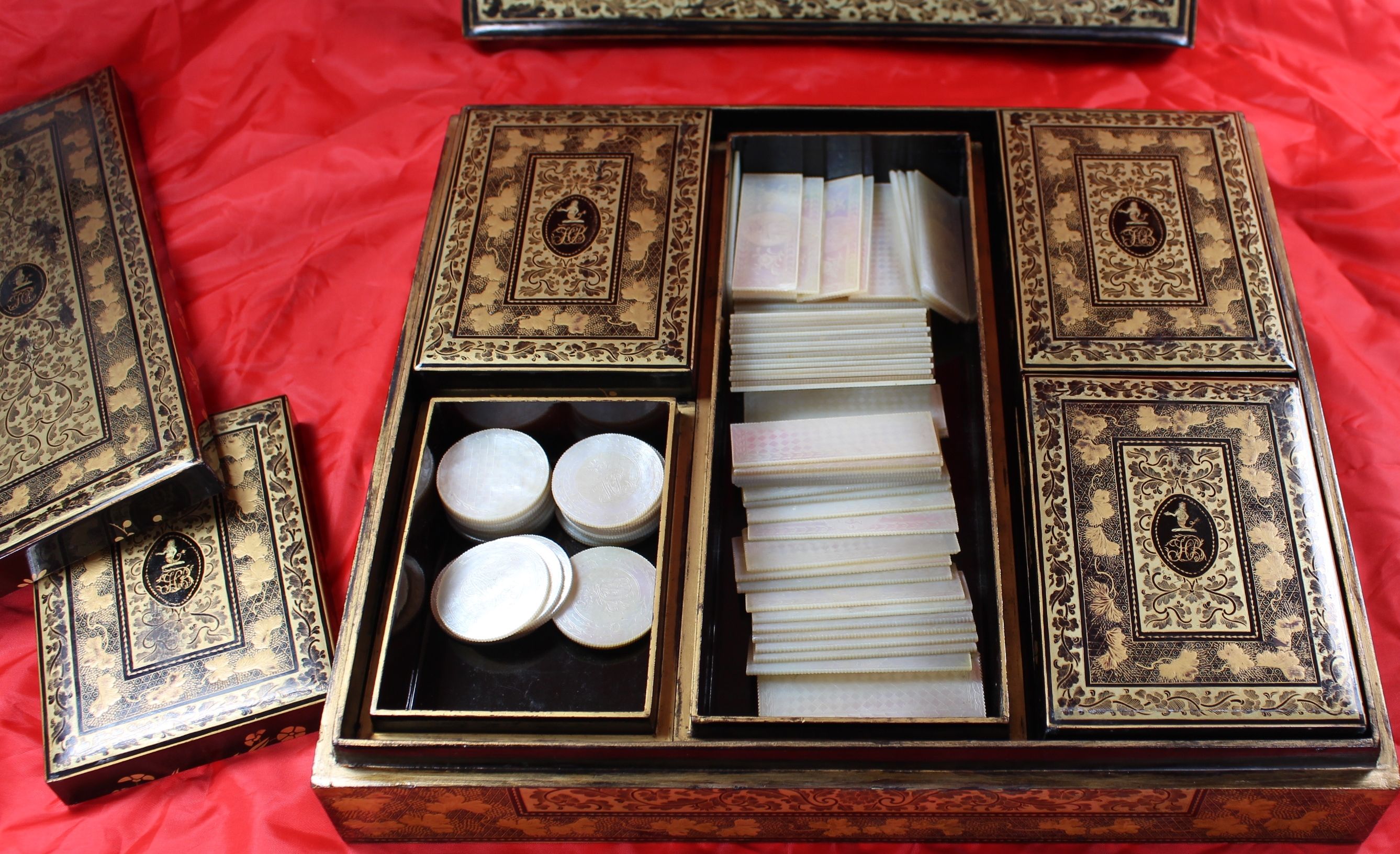 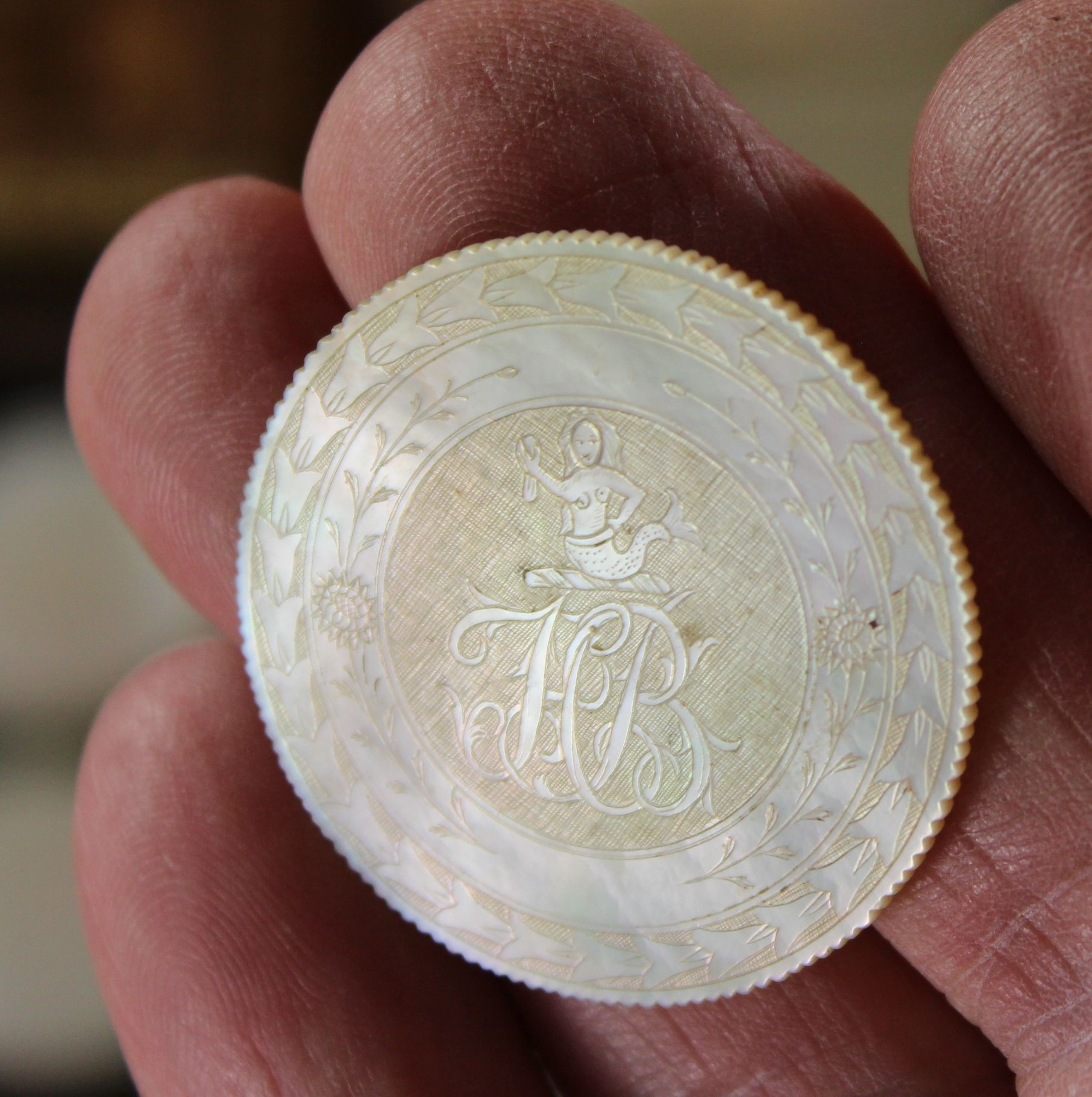