Set of four counters made for WHITE of Tickleford and Poole, County Dorset. The set includes one of the rarest counters you will see: the large square. The other three counters have the crest and monogram 'W' to the reverse; but the large square has the full arms and motto. This counter is incredibly rare - so rare in fact that I know of only two sets which included such a counter. And it is a matter of conjecture as to how many of these squares there were in the original set: perhaps four? Certainly a great and beautiful rarity. 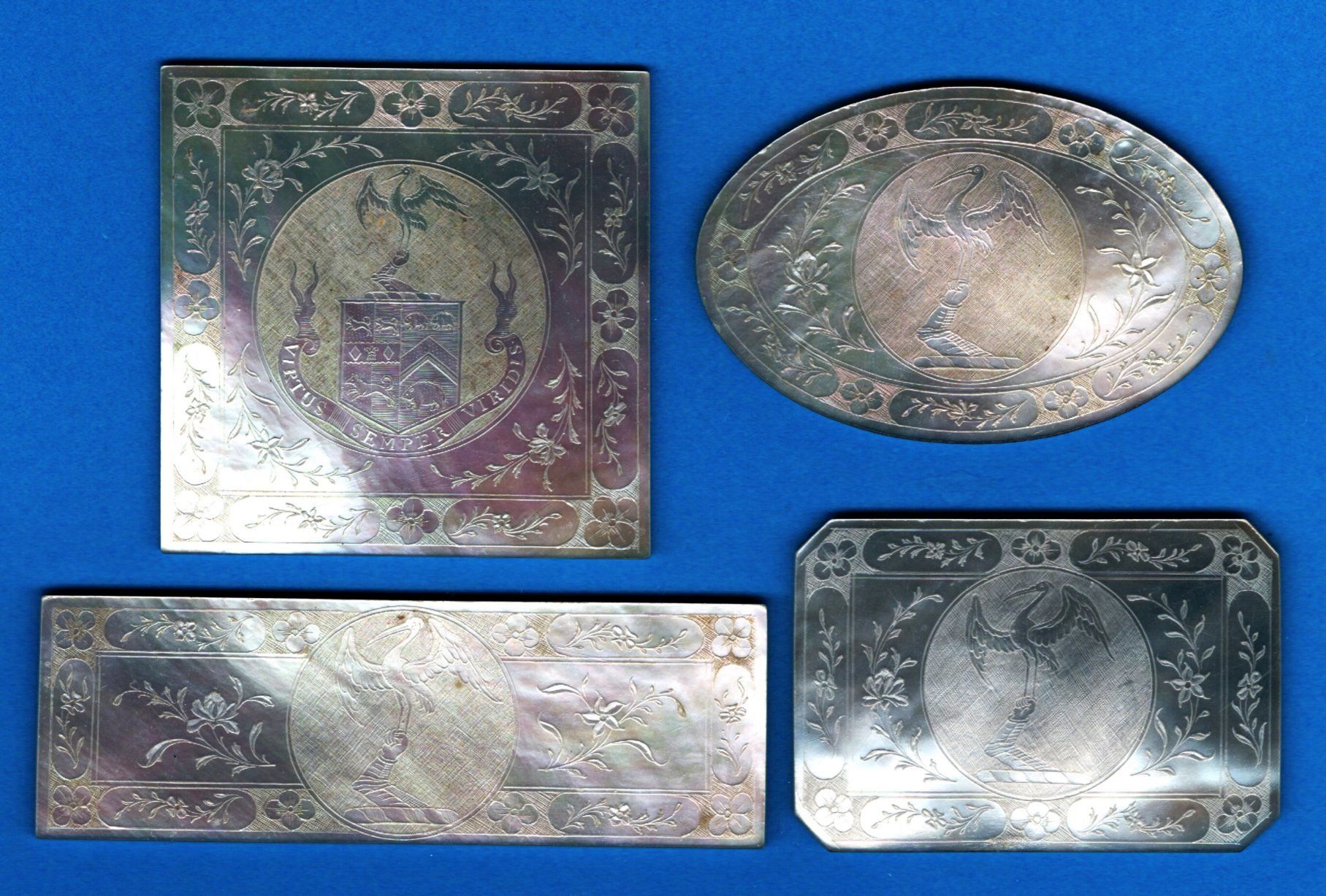 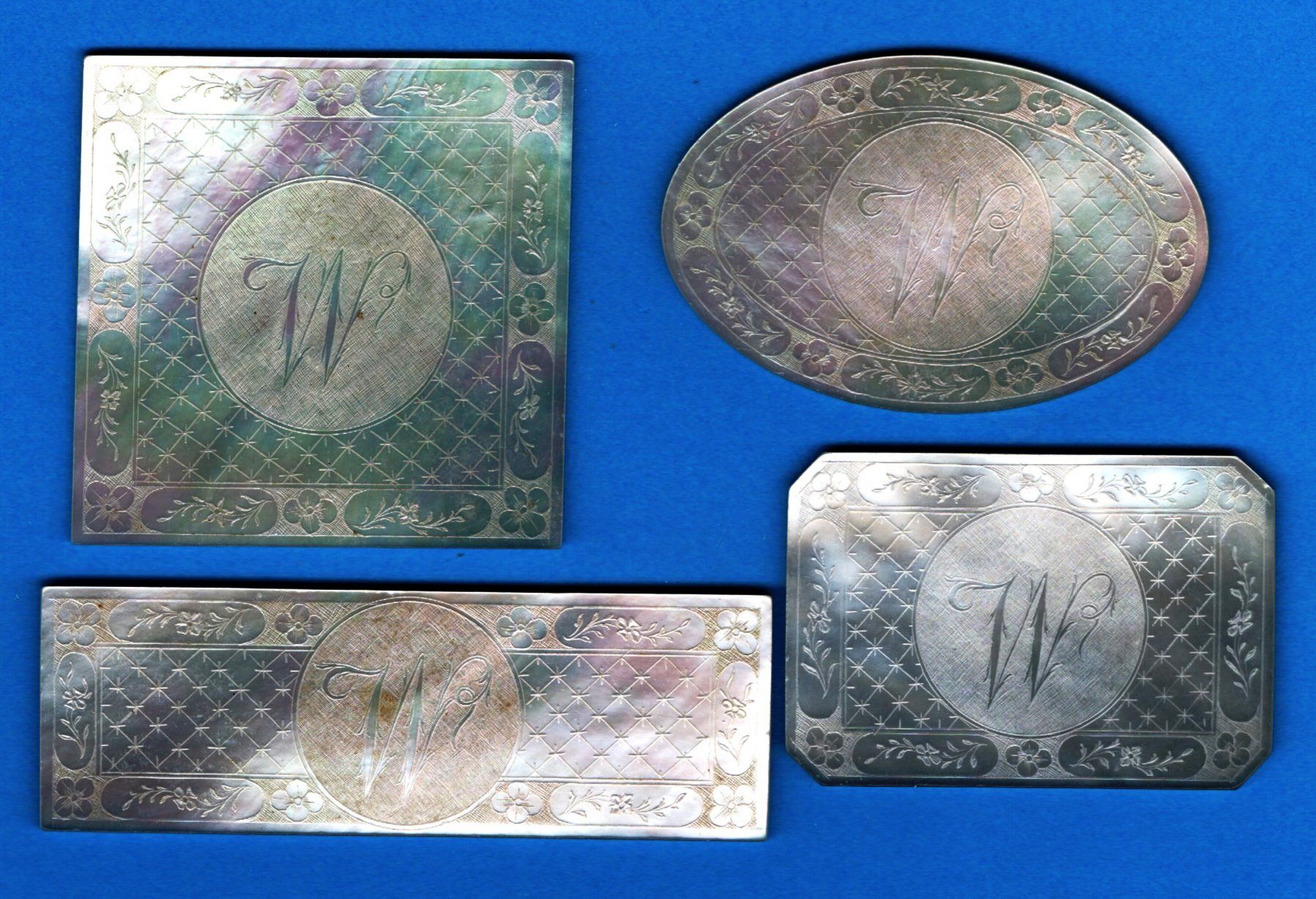 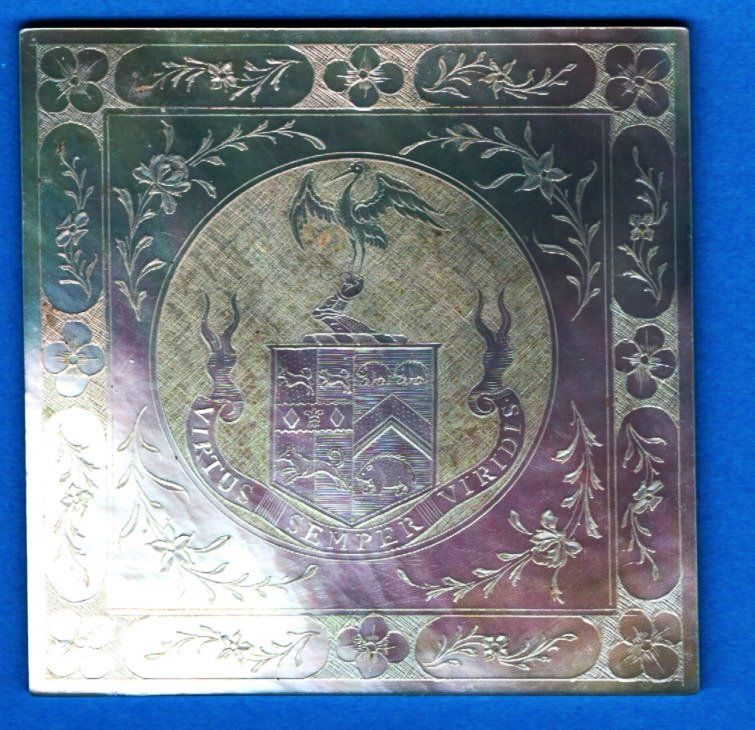