The ULTIMATE gaming counter, made for QUEEN CHARLOTTE wife of King George III of England. Large size and the very best quality - as you would expect for a counter made for the Queen of England! Made circa 1785 ( before the arms changed in 1805) with the crown of the Queen and monogram CR - Charlotte Regina - Charlotte the Queen. There are records in the diaries of the Ladies in Waiting of games of Quadrille with the Queen  - and even the fact that times were so hard that George was very concerned at how much his wife was losing at cards, so he locked the counters away so she could play no more! A real piece of history. The Royal collection at Windsor has examples of these counters. The arms are those of the United Kingdom impaling Mecklenberg-Strelitz ( Charlotte's family) 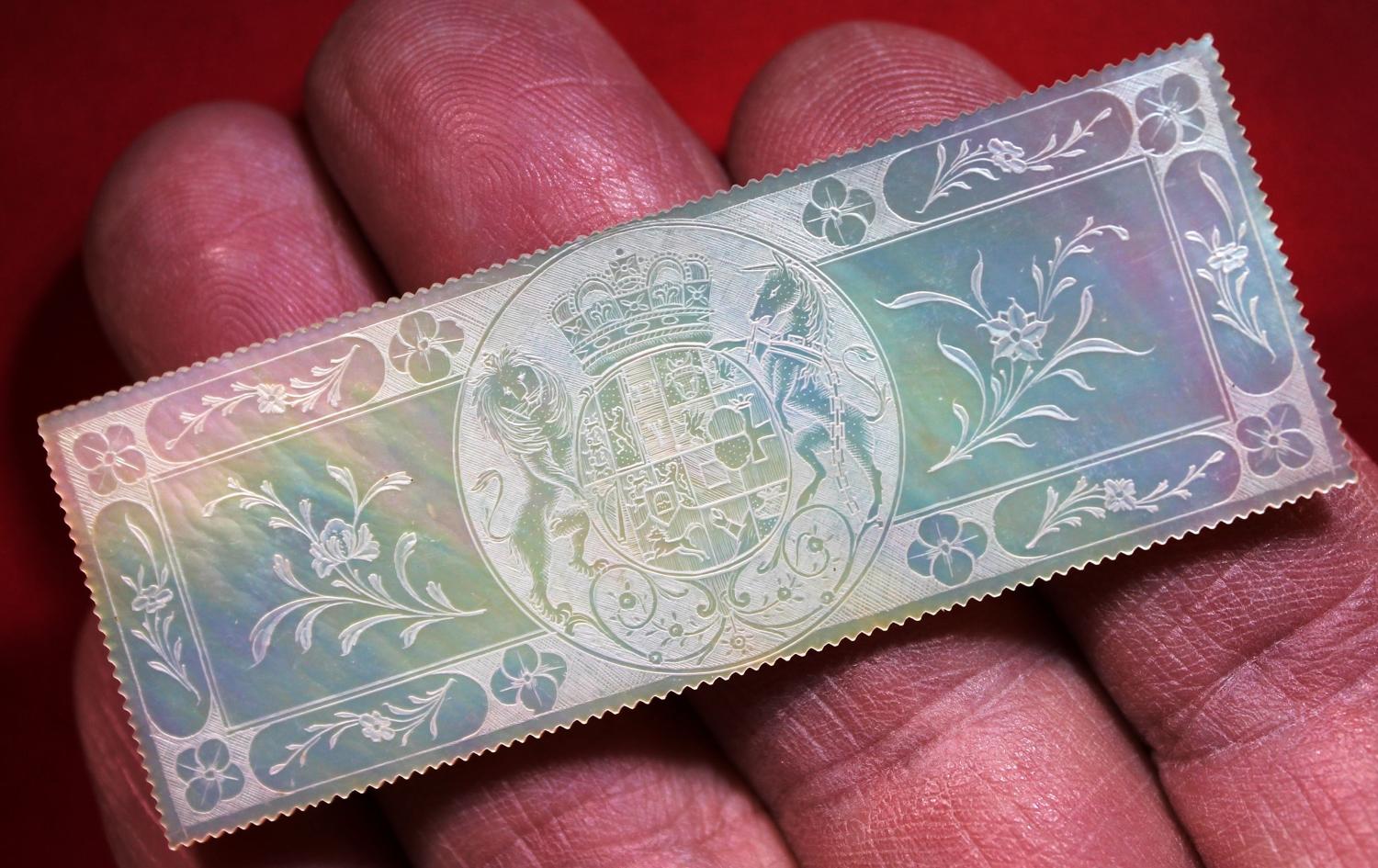