An exceptional Chinese lacquer games box with matching armorial counters made in Canton circa 1810 for CAPTAIN RICHARD ALSAGER (1781 - 1841) of the British East India Company. The box has the full set of 12 matching trays for the game of Pope Joan and has 101 top quality mother-of-pearl gaming counters with the arms and crest of Alsager. The crest and monogram 'A' appear on the box lid. The counters are in large size with superb detail and exceptional quality full scenes to the reverse. This was a very special order placed in Canton: the decoration to the box is of equally high quality. Richard Alsager became M.P. for Surrey in 1820. He was married to Elizabeth-Beatrice nee Lloyd whose uncles were directors of Lloyds Bank. There is a Chinese armorial porcelain service for Alsager recorded in Chinese Armorial Porcelain ( D.S.Howard) vol II page 679 which was ordered from Canton at approximately the same time as this box and counters.  The box is in superb condition with fresh gilding as good as when it was produced in 1810. 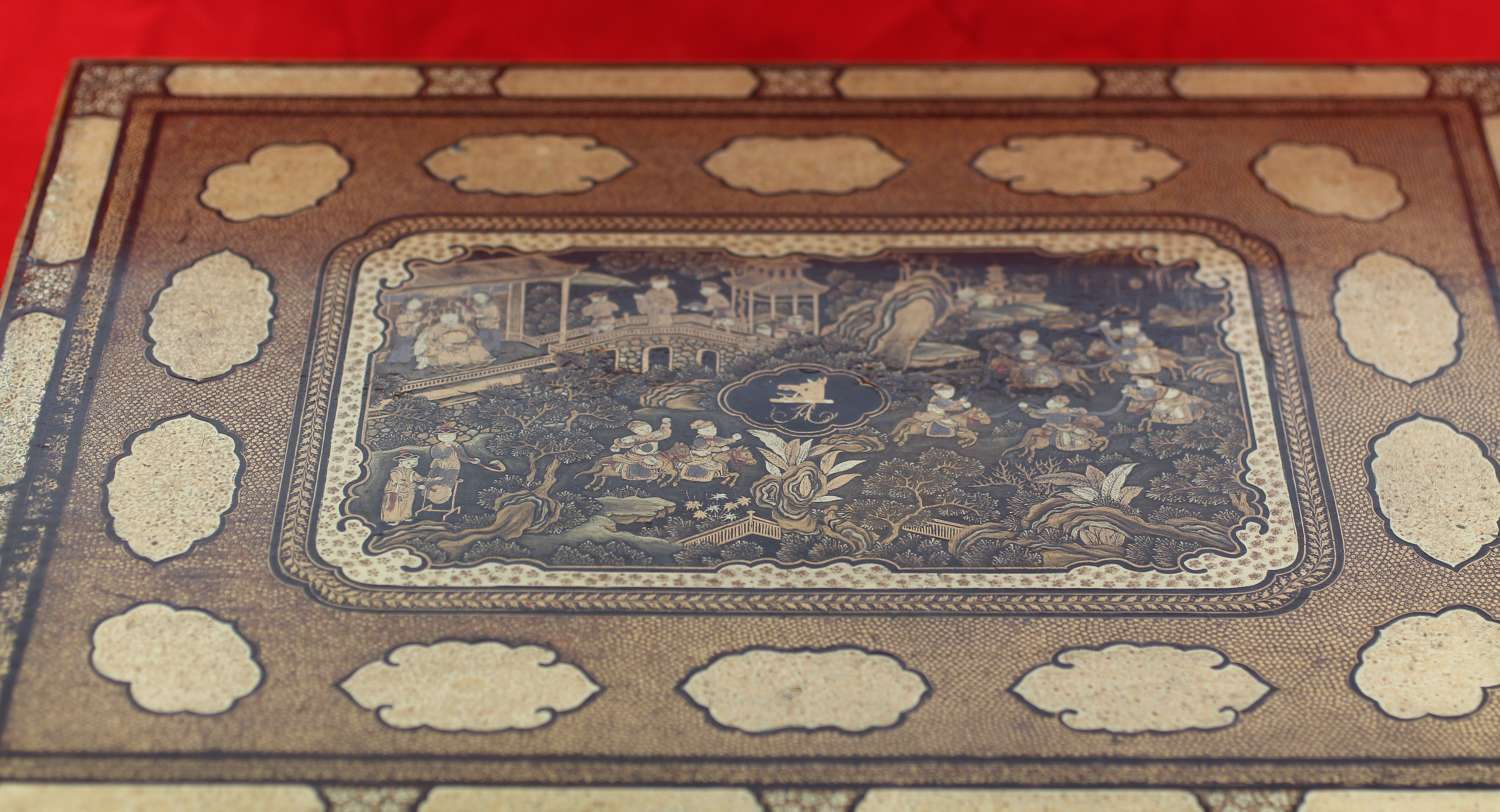 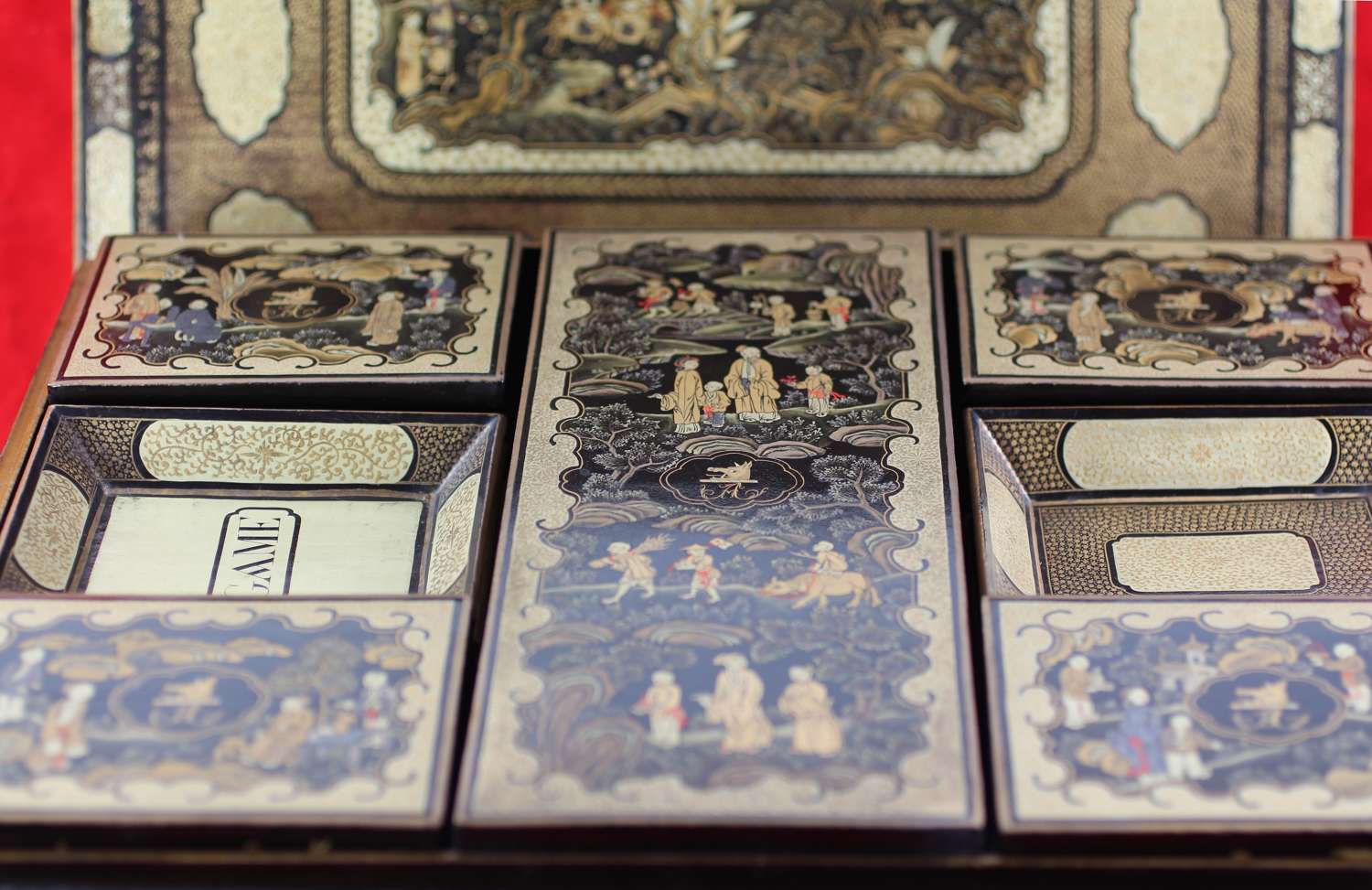 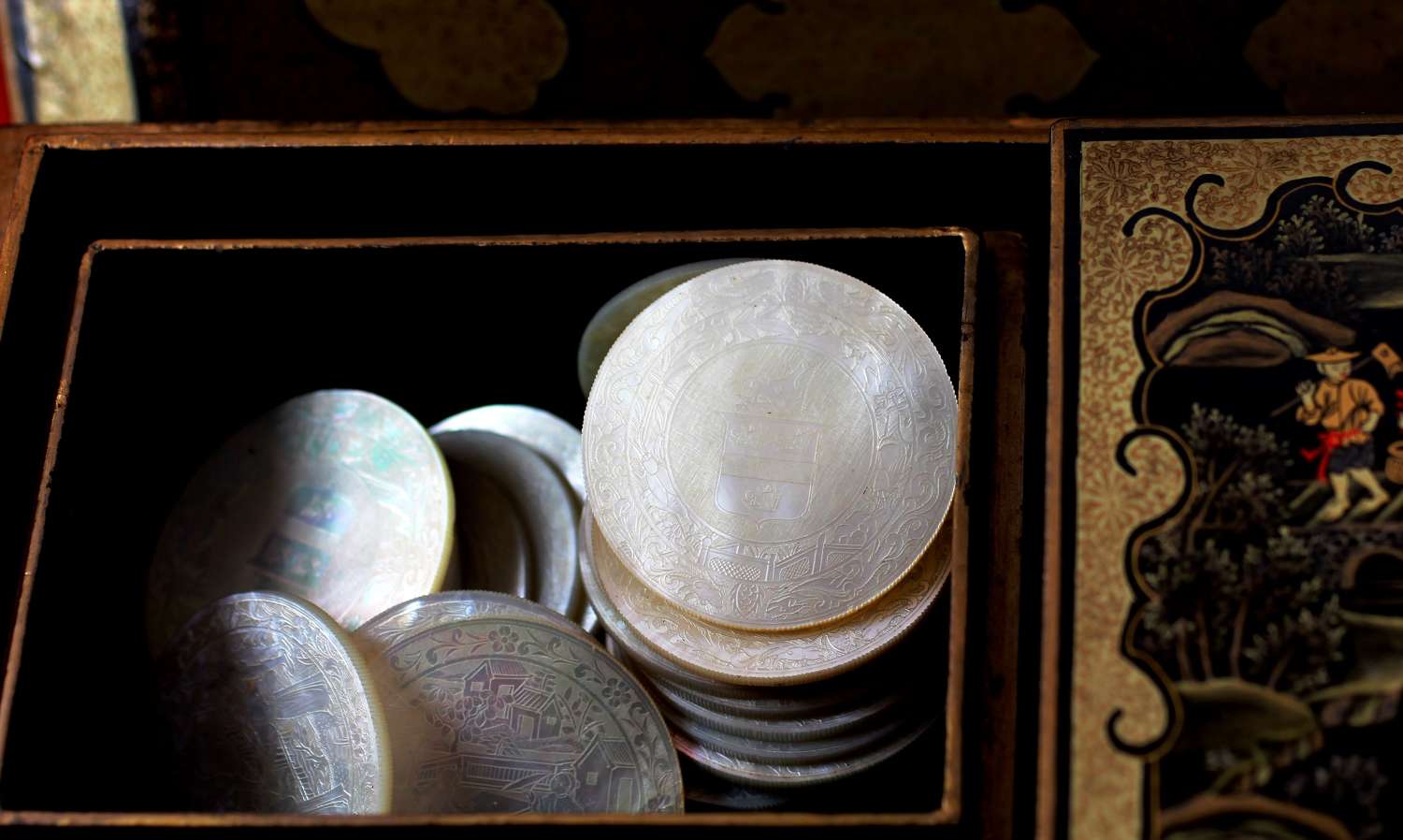 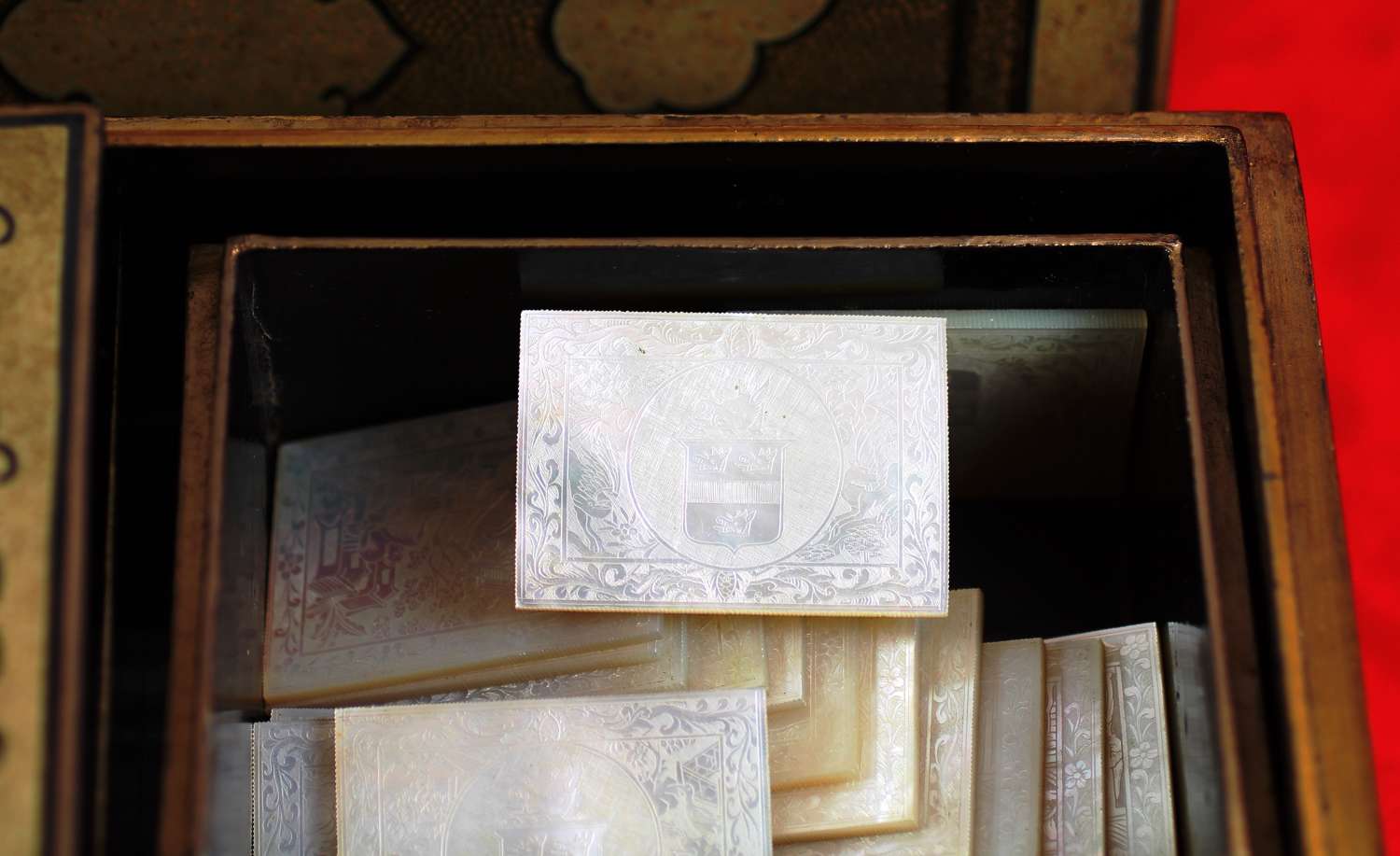 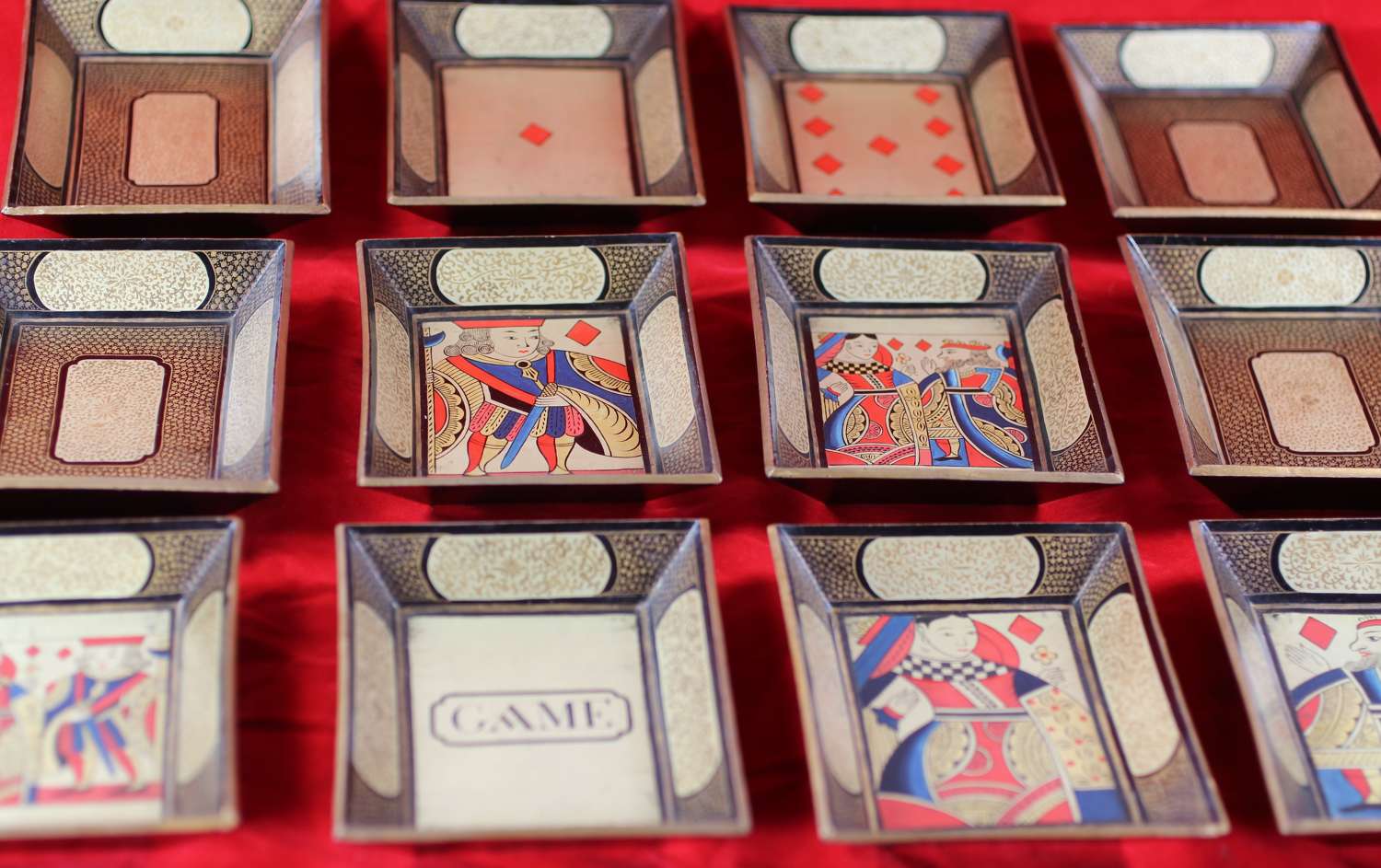 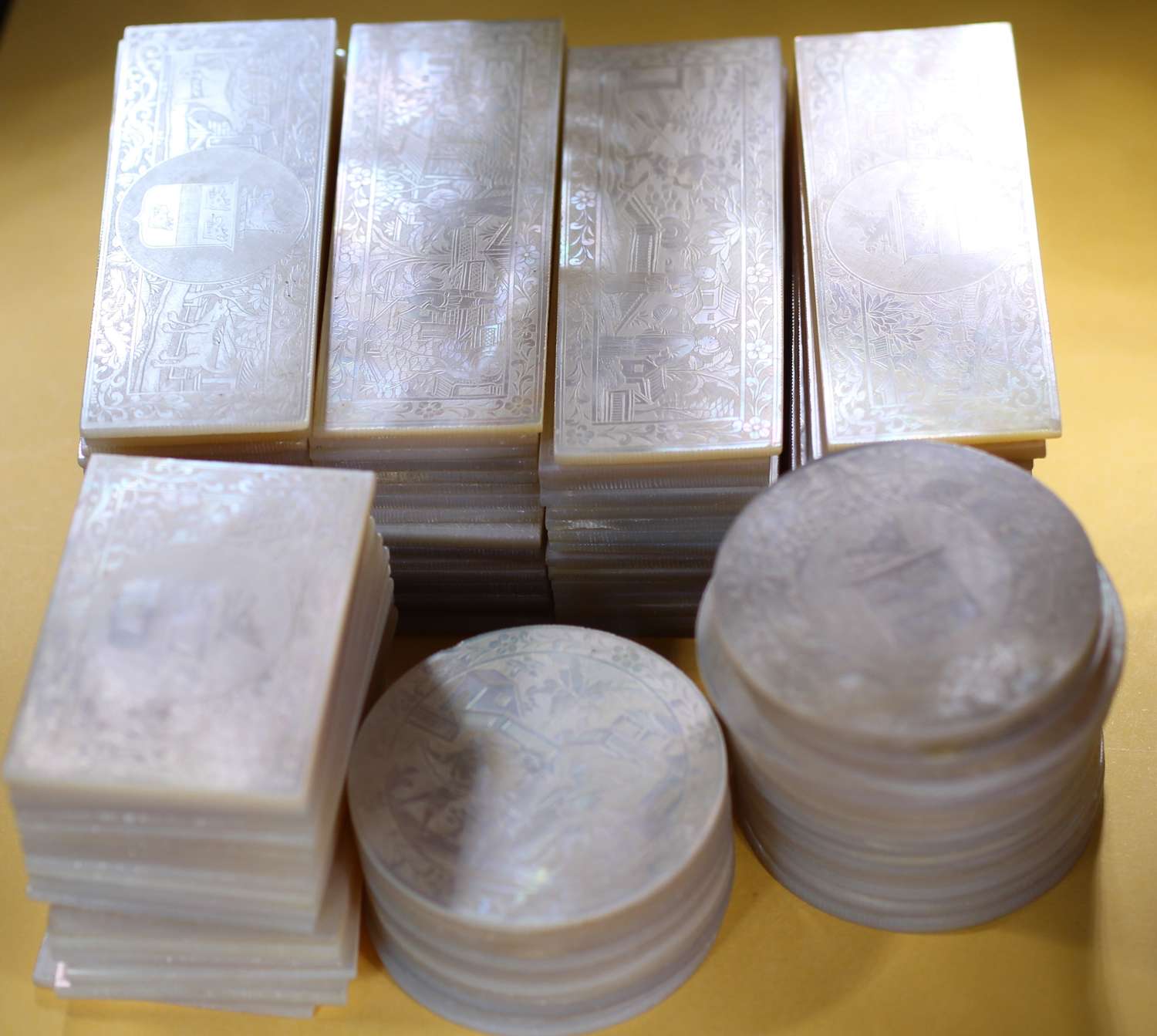 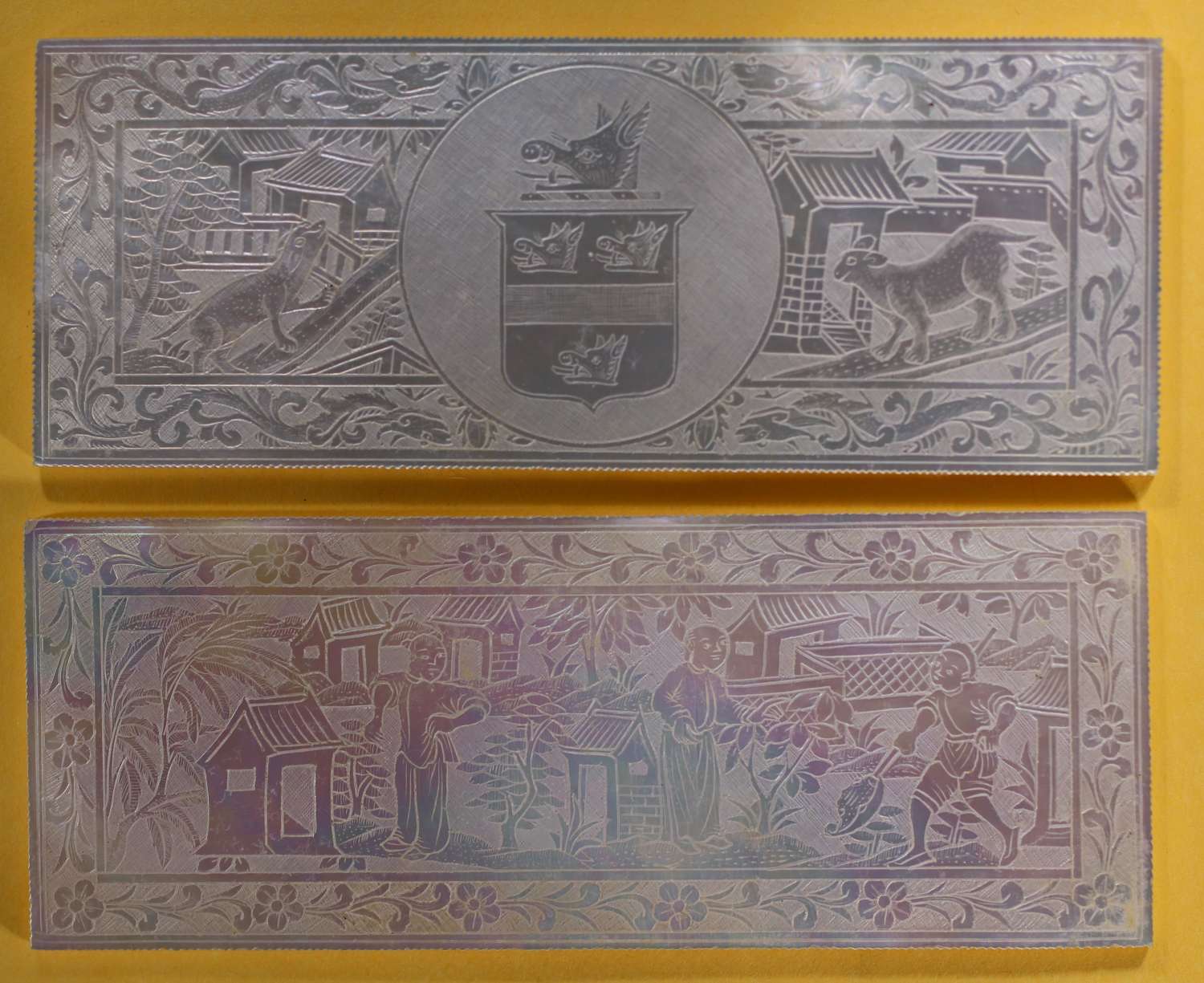 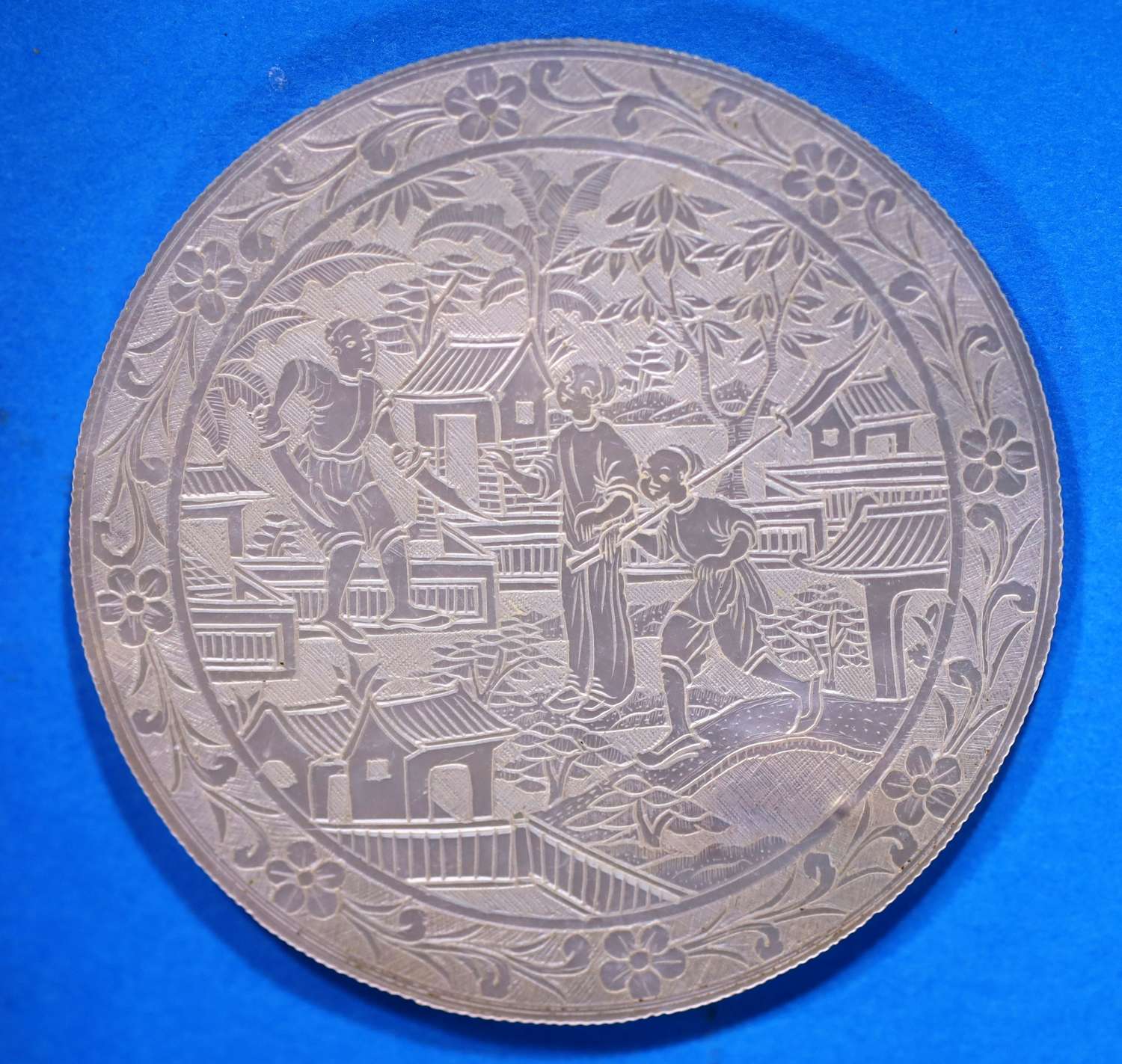