'Interior' lacquer box  with matching armorial counter for HERBERT EARL OF CARNARVON, Interestingly the box bears the crest, coronet and cryptic monogram - whereas the counter has the same detrail to one side but also the full arms, supporters, coronet and motto to the other side. This was often the case as the lid often had the full arms but the interior boxes just a cut-down version. Superb counter.  The lacquer on the box shows some signs of wear with small chips to the edges but nothing too distracting. To add to the appeal of this super box and counter is the fact that Herbert owned and lived in Highclere Castle, the location of the series DOWNTON ABBEY. 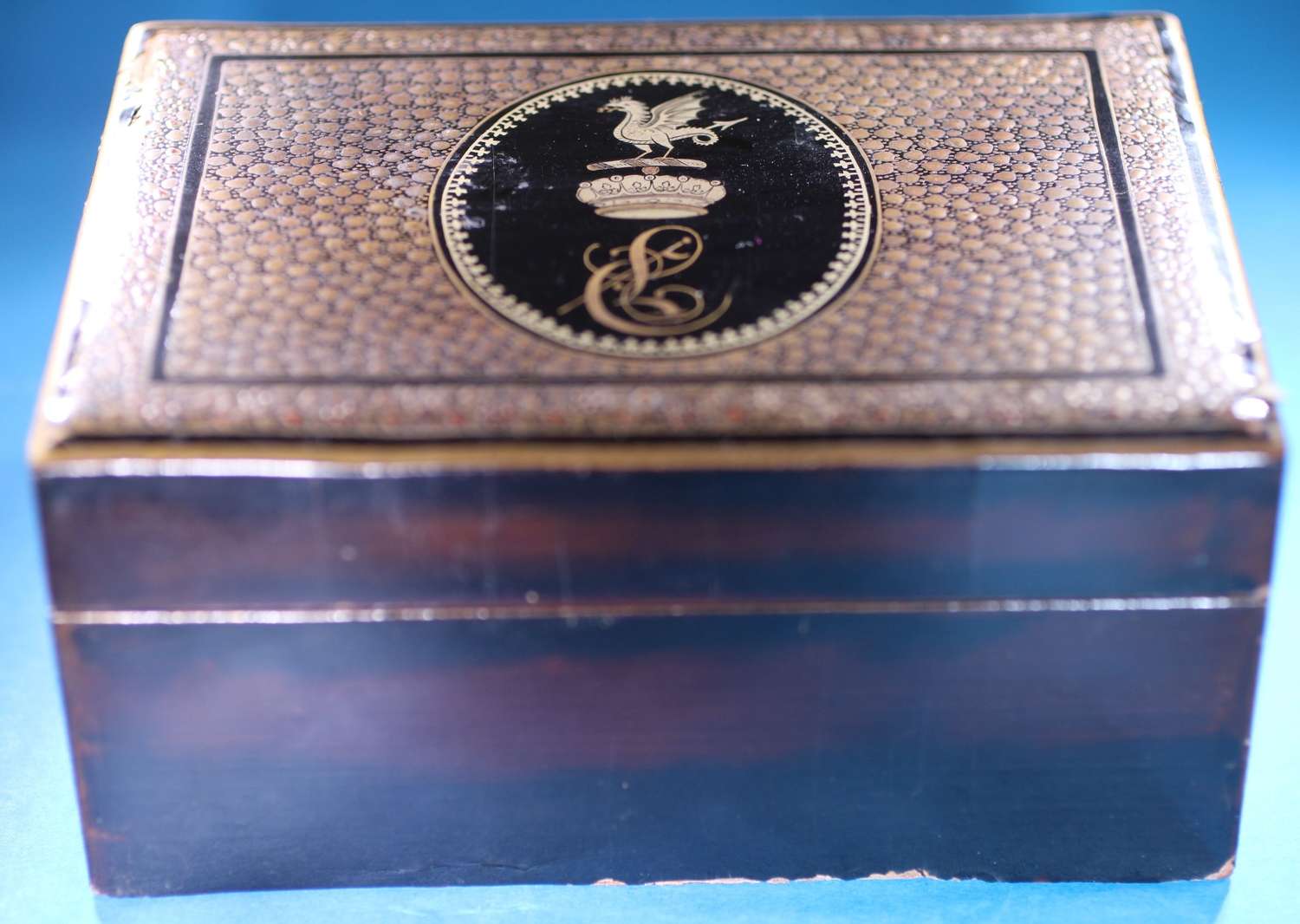 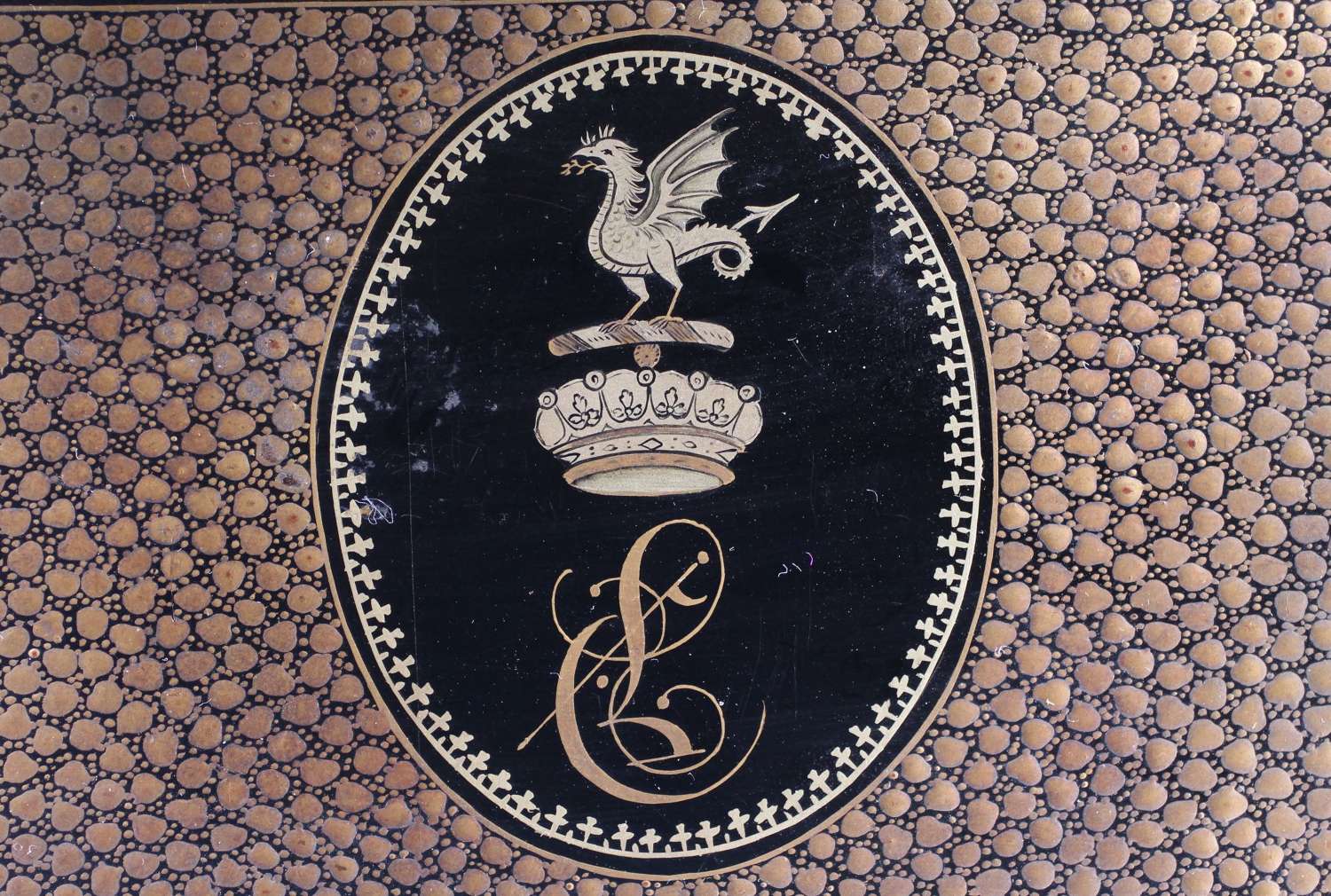 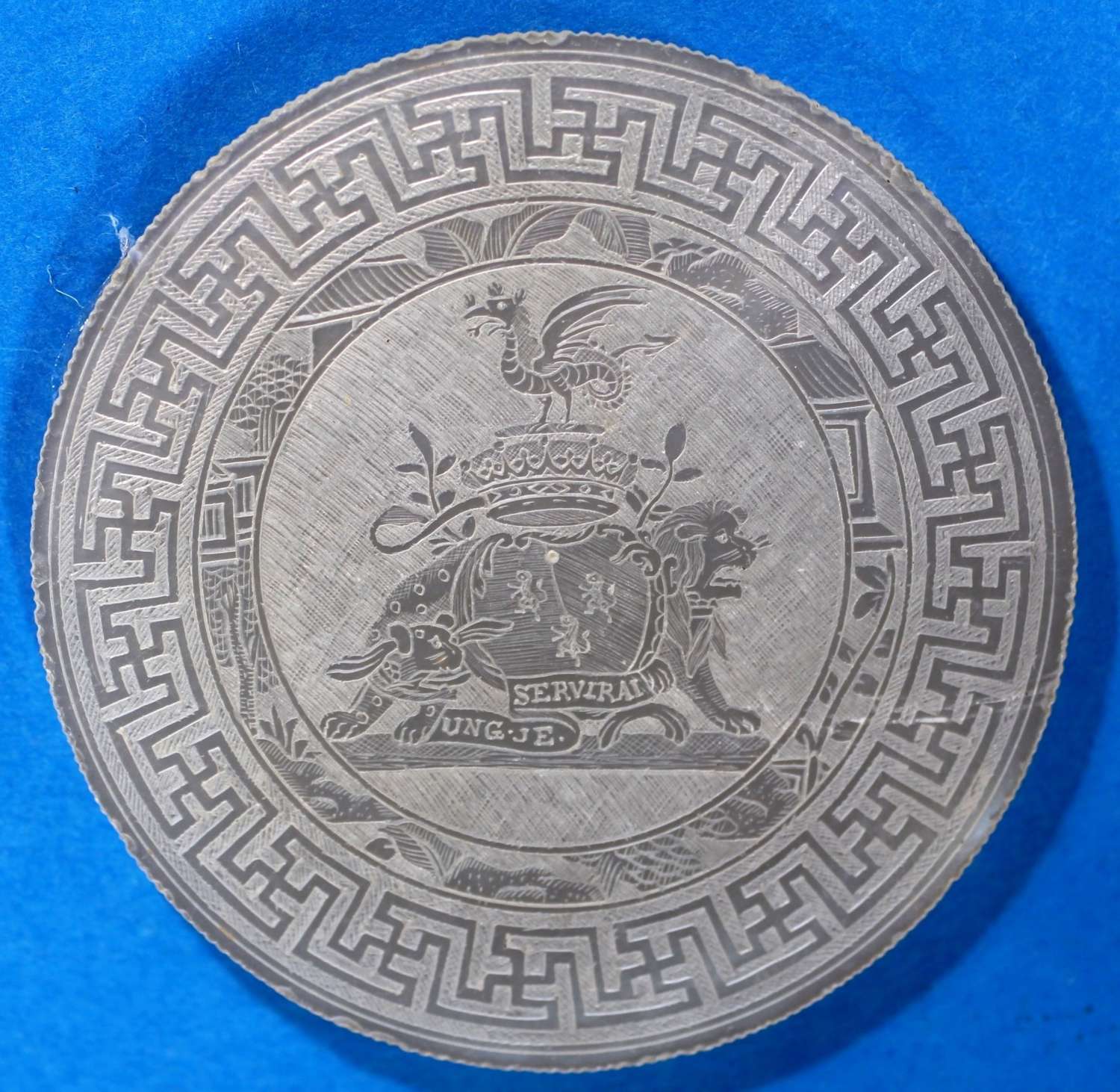 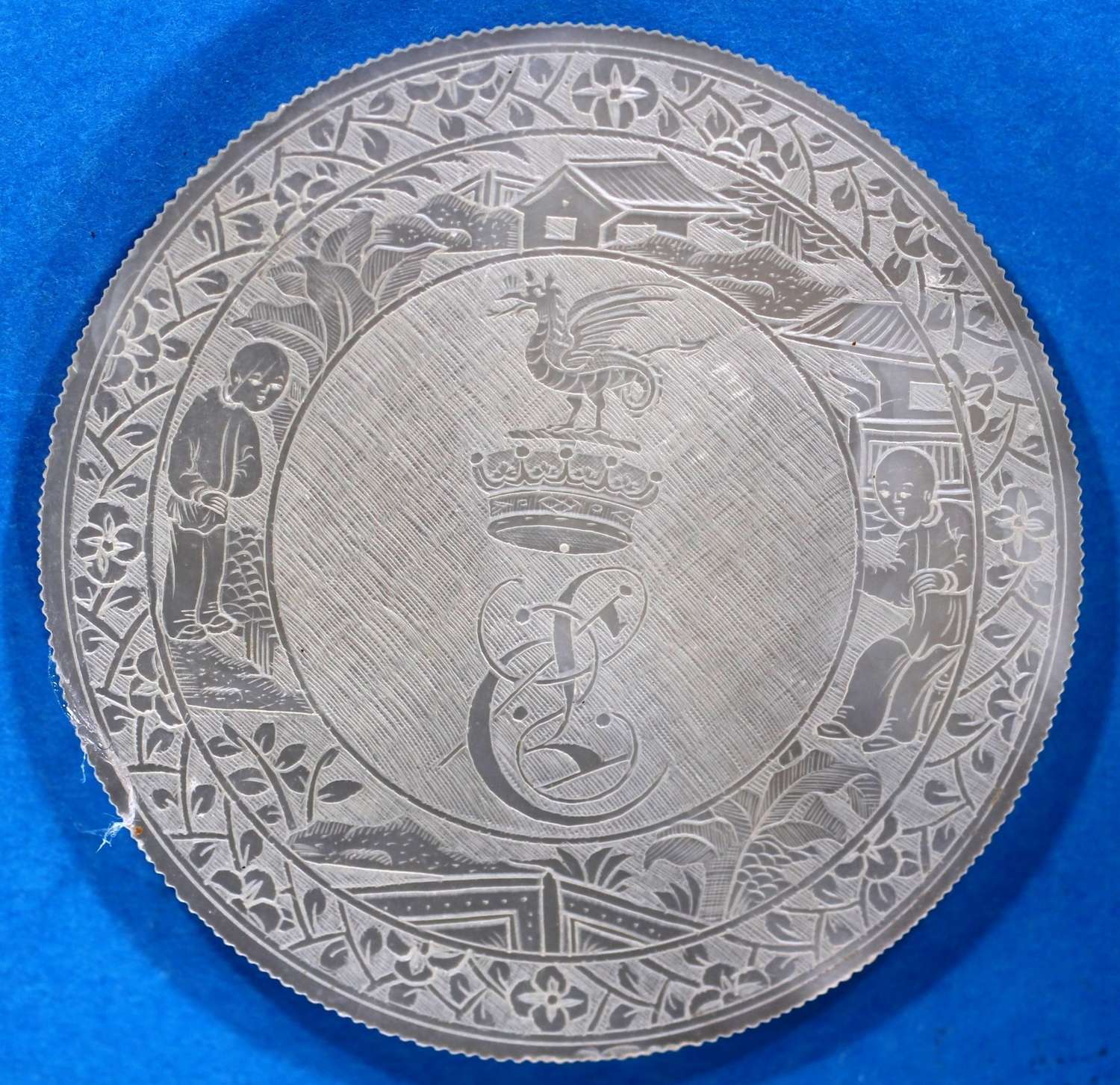 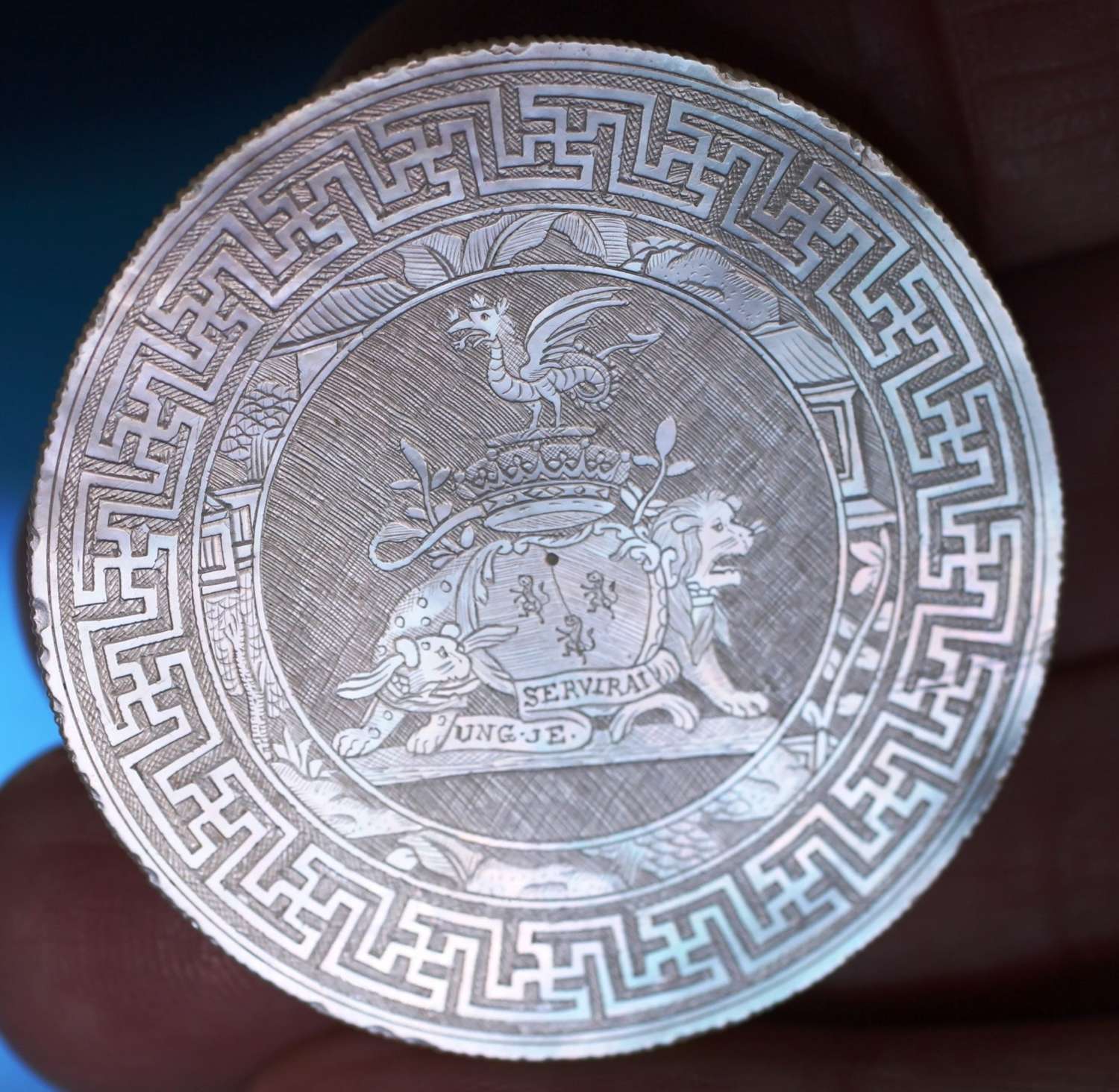 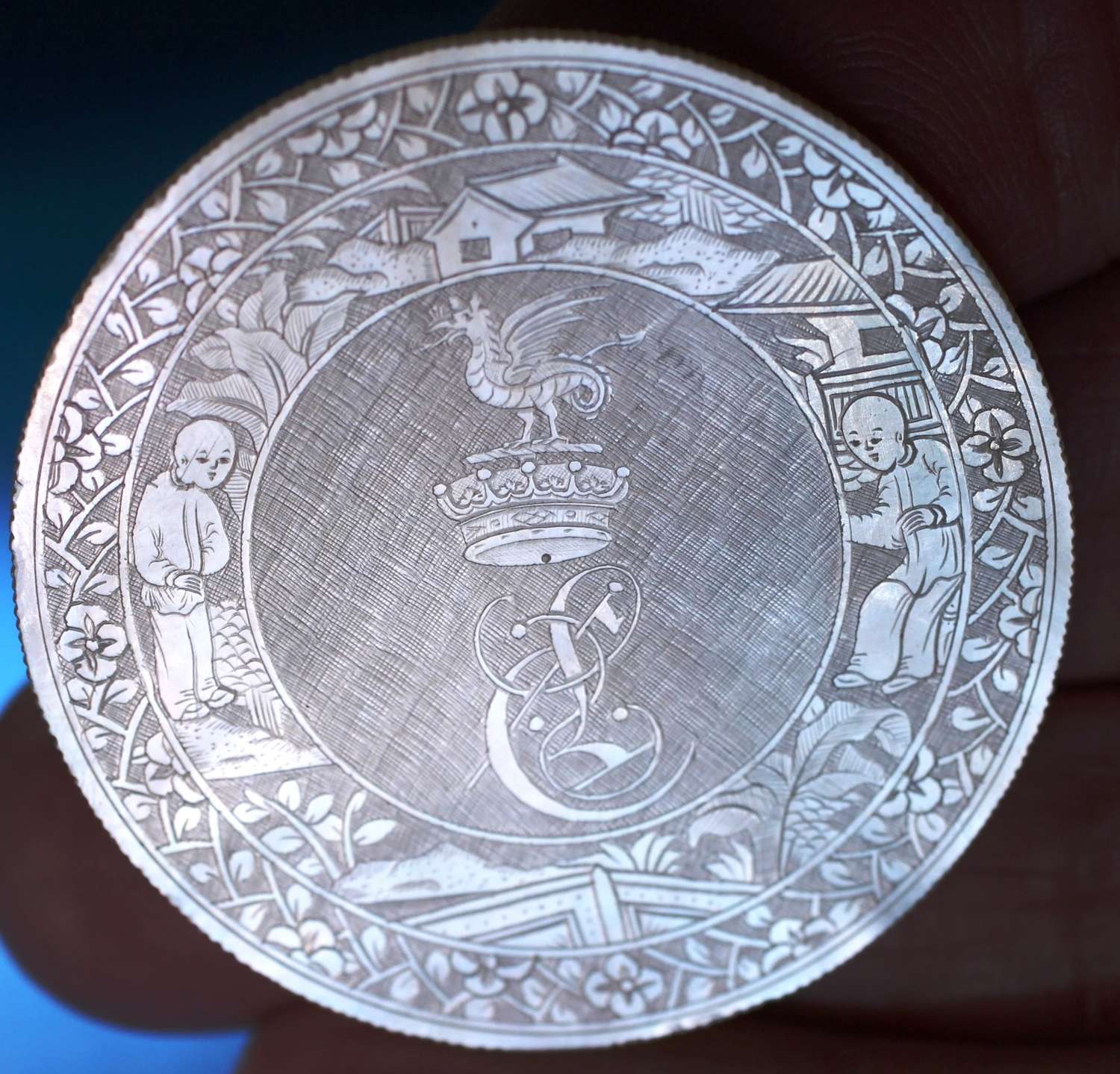