A very interesting Chinese silk-covered box with 133 finely fretted counters and the seller's label for the Chinese dealer LINCHUN. The counters are of good quality with blank roundel. What makes this beautiful item special is the hand-written inscription on the inside of the lid of the box: 'Counters brought from India  by Capt. Fred. Horn, July 1837'. Frederick Horn (1805 - 1894) was a career soldier who served from 1826 to 1880. He was in India twice from 1826 - 1831 and 1834 - 1837. He then served  in Canada, The Crimea and Malta. He rose to the ranks of Major-General, Lieutenant-General and General. His illustrious career was rewarded with The Order of the Bath, Knight Grand Cross and he was knighted to become Sir Frederick Horn. 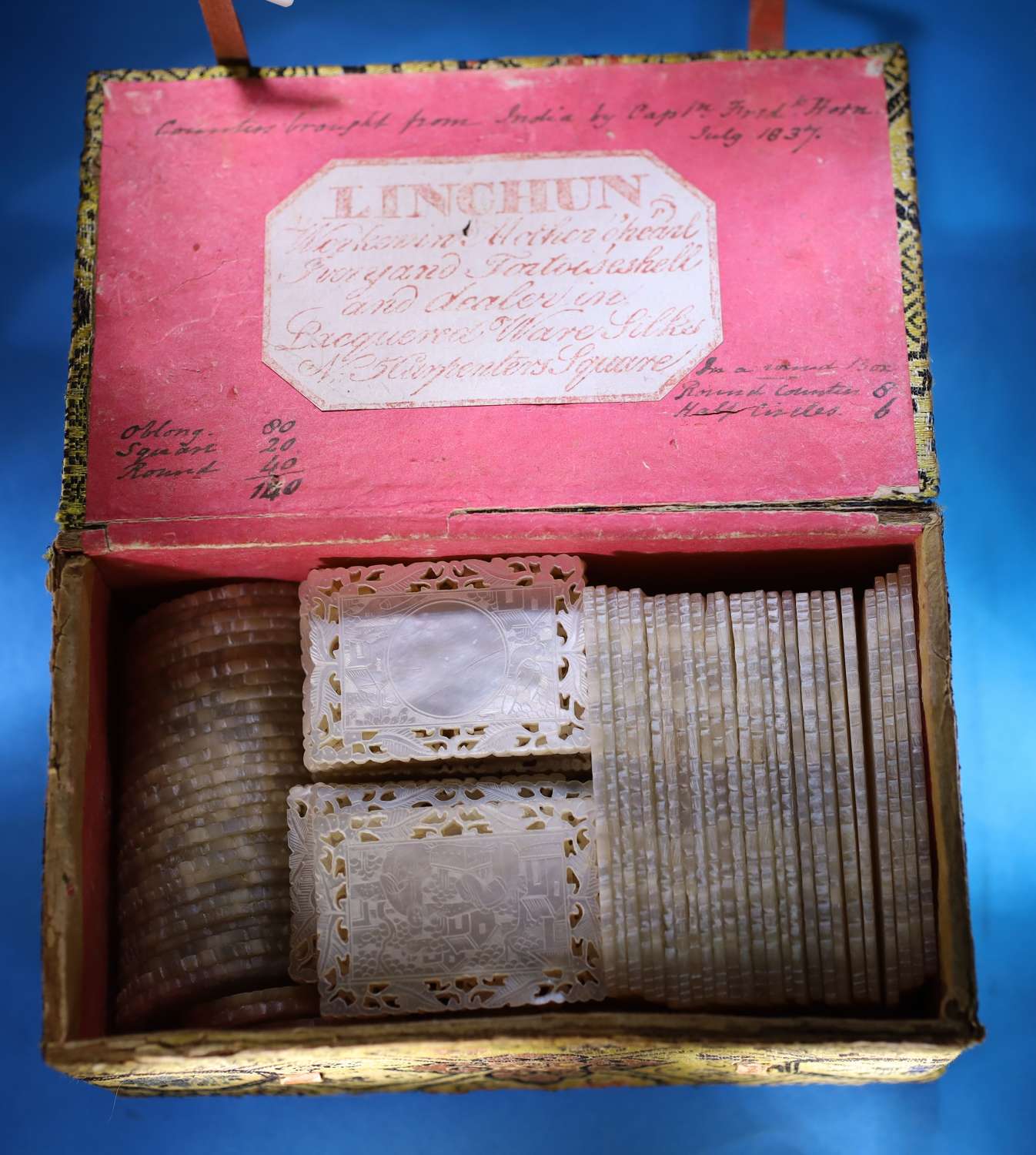 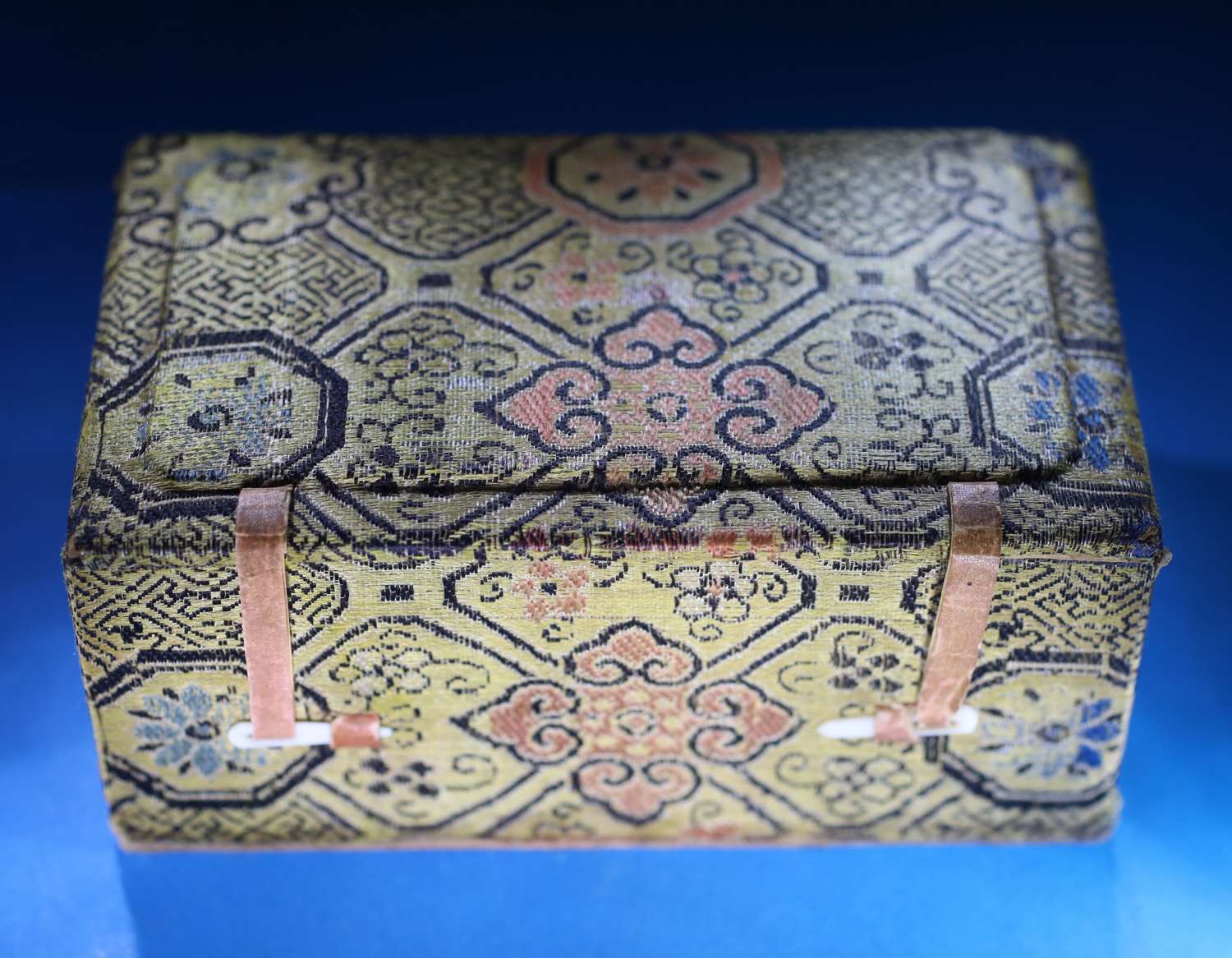 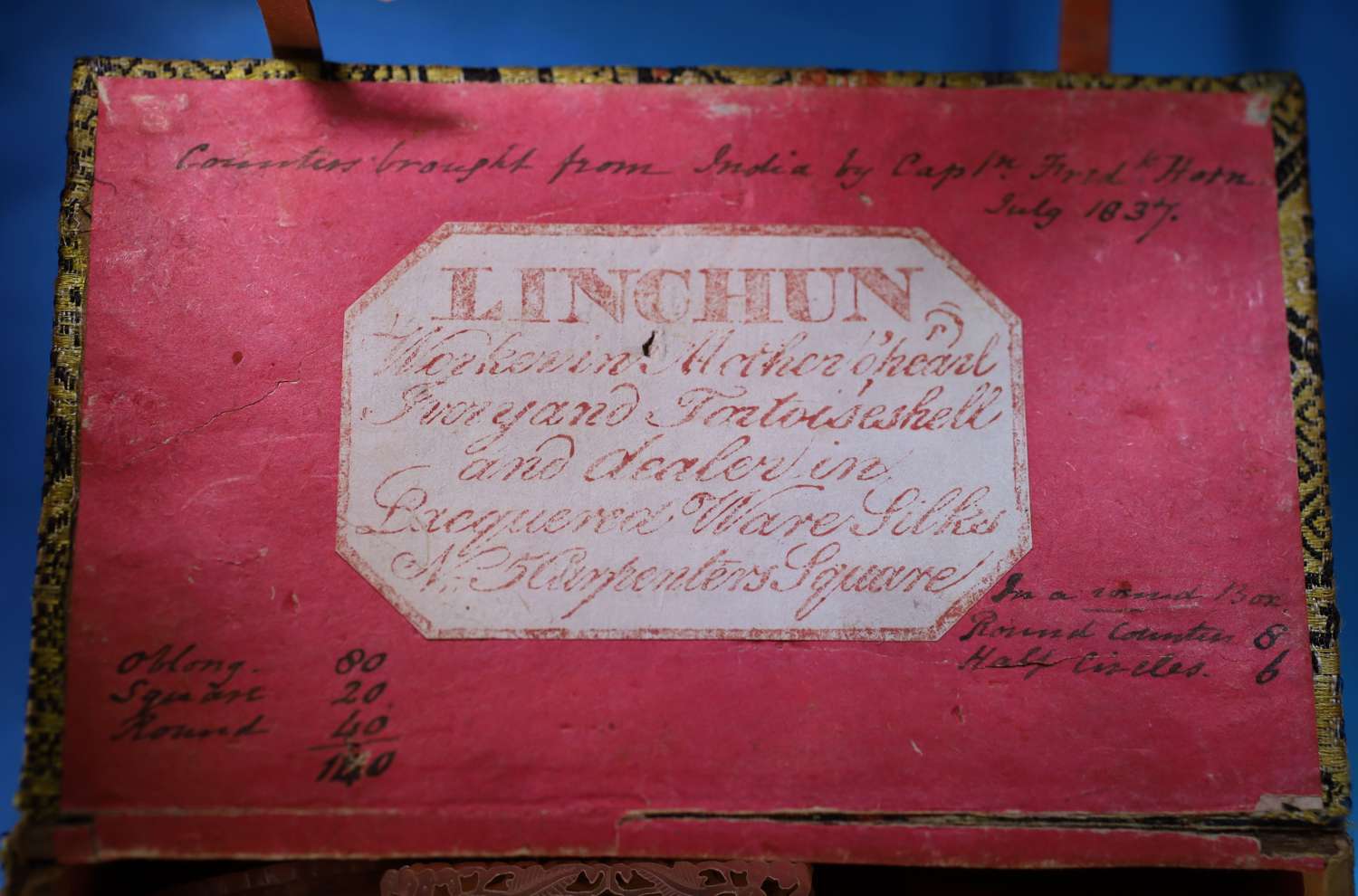 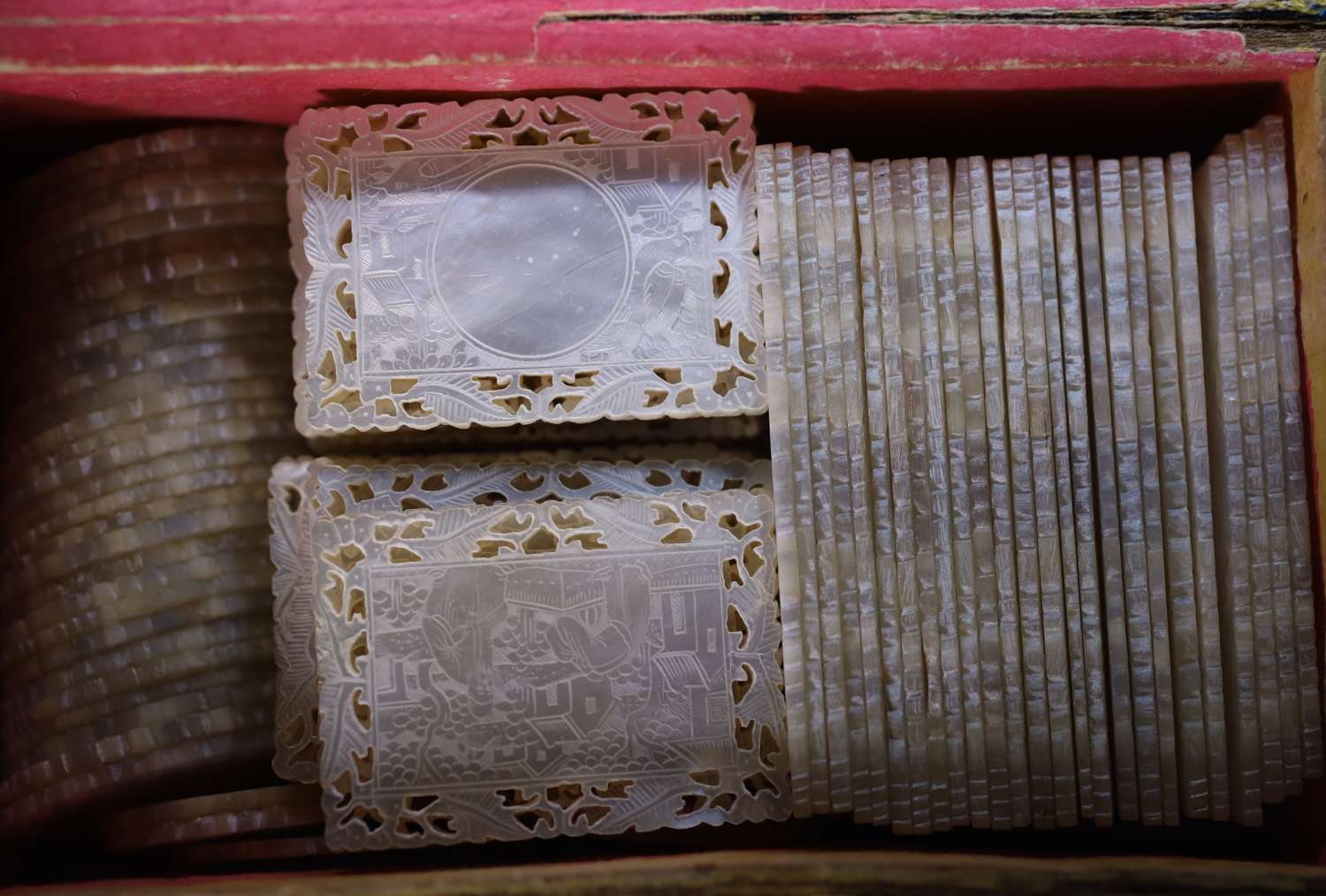 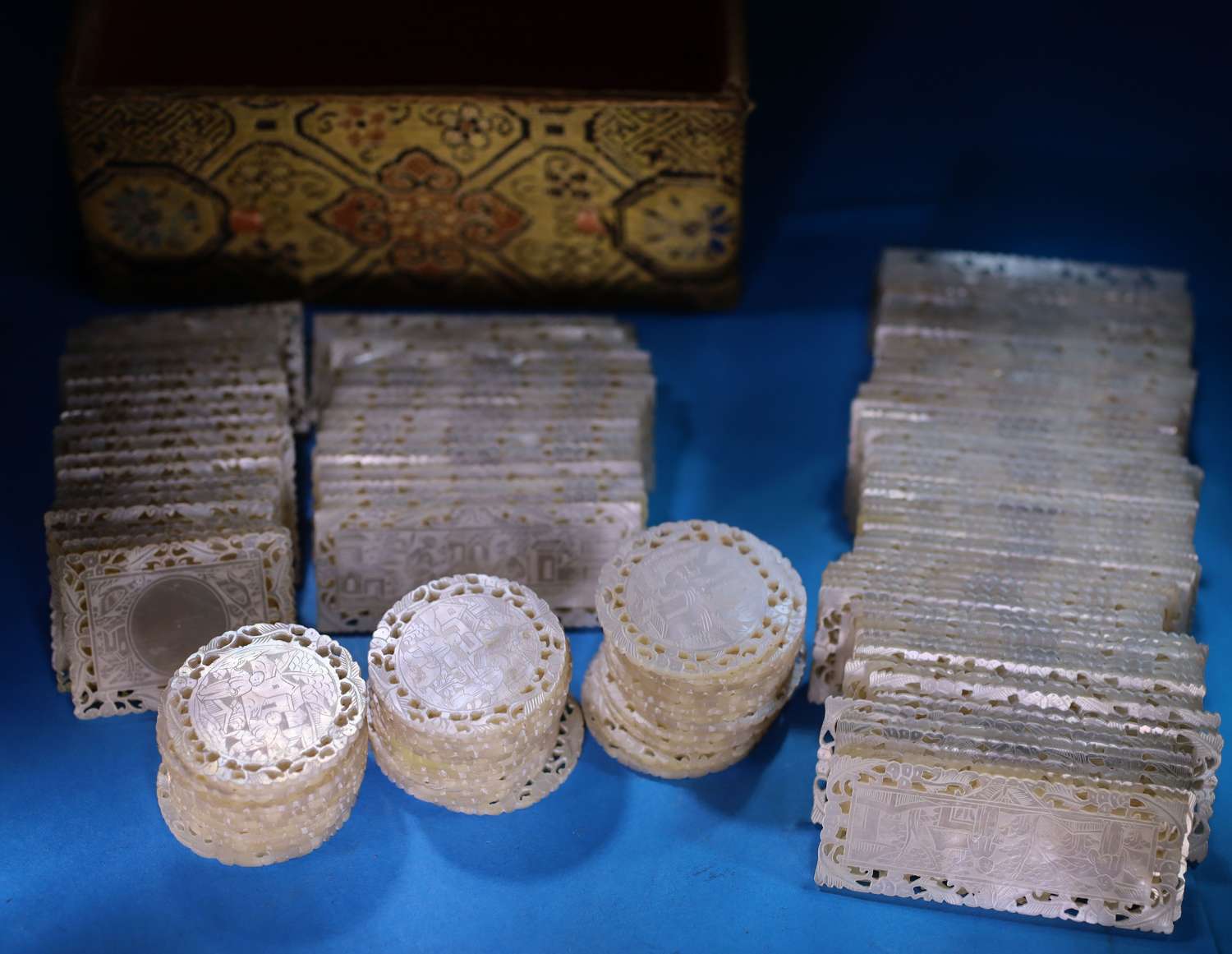